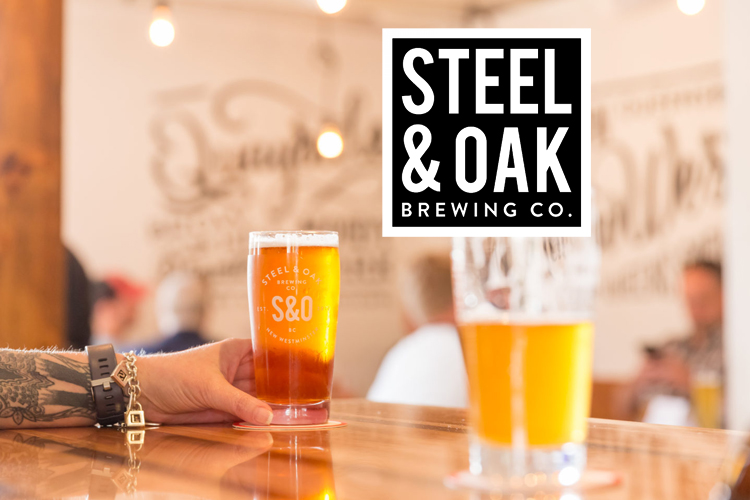 Steel & Oak Brewing Co. embodies the modernness of today while remaining dedicated to the craftsmanship of years long past. Materials of strength and durability, steel and oak; house, protect and nurture what we stand for most – exceptional tasting craft beer.

Always unfiltered, unpasteurized and made with the finest ingredients, Steel & Oak proudly returns the noble tradition of brewing quality beer to New Westminster. For over 150 years the Royal City has played an important role in the province and has been the site of many historical moments including; the completion of the Canadian Pacific Railway in 1885, the Great Fire of 1898, the creation of the Golden Mile in the late 40s and of course 143 years of brewing tradition along the mighty Fraser River.

In Profile: Q&A with Jorden Foss 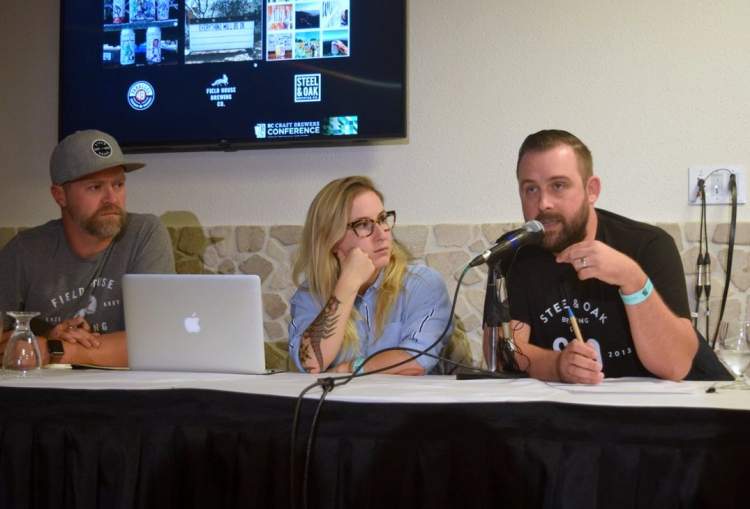 BC Craft Brewer’s Conference 2018: Jorden Foss at the mic during the Social Media panel

Outdoorsy! We’re normally known for our European styles so to get recognition in the West Coast Pale Ale category is pretty awesome.

We are releasing a Barrel Aged Blonde with Gooseberries called Meander, Weizenbock will be making a comeback, and we’ll be continuing on with our monthly IPA series so you should see some new hoppy stuff from us soon.

Yes! We’ve got a charity brew being released in January with the folks from West Coast Canning and we’ve also got collabs with Brassneck, Boombox, and Gigantic all being released late this year and early next.

Any new brewing techniques you’ve discovered or upgrades at the brewery these days?

We’re pretty maxed out at the brewery tank wise but we finally got around to adding a nitro tap in the Tasting Room.

We like to stay pretty active in New West. In December, we poured beers for Fridays on Front: Holiday Edition. We also recently hosted a launch party for our collab with West Coast Canning benefiting the Camp Kerry Society, a New-West-based charity.

In Profile: with Jorden Foss of Steel & Oak Brewing Co.