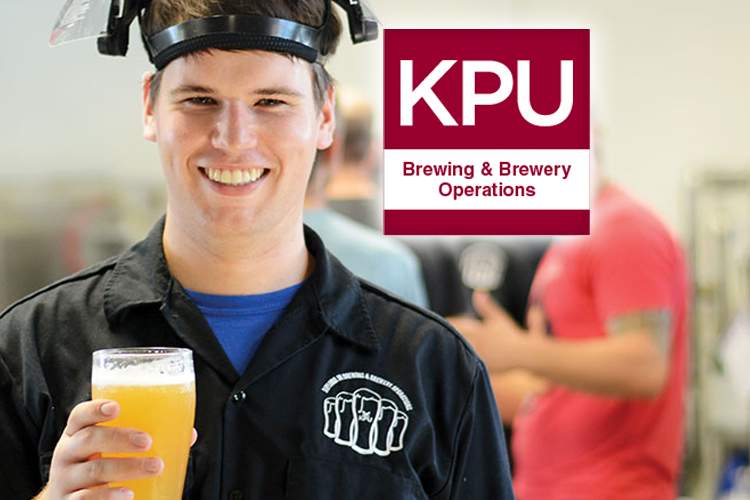 Award-Winning!
KPU Brewing students and faculty have won awards for their craft beer in the BC Beer Awards, as well as the US Open College Beer Championships. 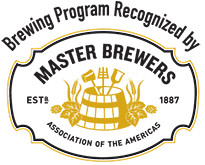 KPU’s Brewing and Brewery Operations program is the only brewing diploma of its kind in BC and the first brewing program in Canada to be recognized by the Master Brewers Association for offering a high standard of brewing education. Students study the science, production, and business of brewing craft beer. The program combines building a solid foundation in brewing science with hands-on practical learning in our state-of-the-art, two-hectoliter pilot brewery located on KPU’s Langley campus. 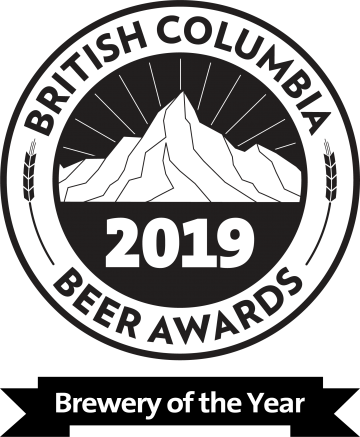 The curriculum was developed in consultation with the BC Craft Brewers Guild and an Advisory Committee consisting of local brewmasters, brewery owners and industry experts. Students explore the history of brewing, brewery equipment and technology, packaging and sales, as well as brew house calculations, brewing chemistry, and recipe formulations. For more information about the program or to schedule a tour of our brewery, email us at [email protected].

How To Apply   Information Sessions   FAQs

In Spring 2019, KPU Brewing was awarded the title of Grand National Champion as the school that brews the best beers in North America.

Then in the Fall, in perhaps an even more dramatic development, KPU was awarded five trophies plus the title of British Columbia Brewery of the Year at the BC Beer Awards, a competition involving the entire BC brewing industry, including some of the most reknowned breweries in Canada. Coverage of KPU’s incredible year can be found in the Winter 2019 issue of What’s Brewing magazine.

The unprecedented growth in the craft beer industry has created a huge demand for educated, trained brewers. In fact, most of our first graduates were offered positions before they even finished their diploma. There is tremendous opportunity and potential for anyone interested in breaking into the craft beer industry. For more information on brewing careers, visit our Careers page at kpu.ca/brew/careers.

Considering applying to the KPU Brewing and Brewery Operations Diploma program? Stay tuned for details on our next Information Session or email us at [email protected] to find out when the next Info Session is scheduled.

Interested in a tour of our brewery and craft beer tasting? Click here for more details and to register for a tour.

Get your growlers filled at the KPU Brew Lab!

Visit the KPU Brew Lab where the next generation of brewmasters are learning the art, science and business of craft brewing! Kwantlen Polytechnic University (KPU) offers the only Brewing Diploma in BC — one of only three offered in Canada — and is the first and only Canadian institution to be recognized by the Master Brewers Association for a standard of excellence in brewing education. As well, our students and faculty have won twice in the BC Beer Awards (2017 and 2018), as well as gold, silver and bronze medals at the 2017 and 2018 US Open College Beer Championships.

Every week, we open our doors to the public on Fridays and Saturdays for craft beer sales, complimentary tastings and guided tours*. We welcome you to stop by the KPU Brew Lab brewery on our Langley campus and check out what’s on tap each week. Growler fills are just $10 for a 64 oz fill ($12 for signature beers) and $6 for a 32 oz fill ($7 for signature beers), taxes included. Bring your own growler or buy a KPU growler that you can reuse each week.

Proceeds from beer sales go back into the Brewing & Brewery Operations Diploma program to help support the students’ education. *Pre-registration required for tours.