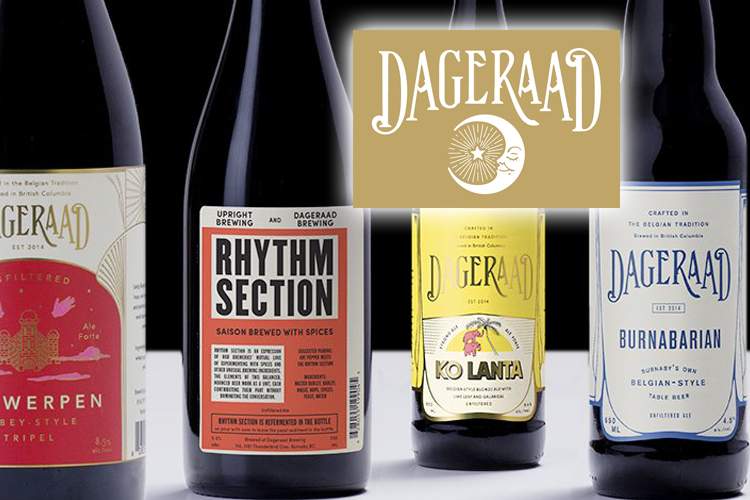 We are a small-batch artisan brewery bringing our love of Belgian beer culture to British Columbia. Named after the Dageraadplaats, a neighbourhood square on the east side of Antwerp, Belgium, the brewery is our effort to transport a small piece of the beer culture found in that square back home. Read “The Story” >>>

Burnaby’s Dageraad Brewing was named Brewery of the Year at the 2018 Canadian Brewing Awards, winning Gold for Burnabarian, Antwerpen and  Entropy Series No. 6. This was followed up with a first prize for their Brune at the BC Beer Awards last October. Their year of reign continues as they finally and successfully launch their “10°” Dark Quadruple today, February 14th 2019, in time for Valentine’s Day.  There’s love, and yeast, in the air.

Speaking of that, they recently also launched their SEXTUPLE! Tripel/Double IPA., and participated in a collaboration with San Diego’s White Labs, the world-famous yeast cultivators. Dageraad is on a roll and they’re not stopping.

Co-Founder Ben Coli is one of the brewers who has raised the profile of Belgian brewing styles in BC’s craft scene. We asked Ben to give us a few words the other day. Ben is quite an author in his own right; when you have time, check out the story he penned on the birth of the brewery. We’re pleased that he’s put pen to paper to give us some insights on Dageraad in 2019.

How has the Brewery of the Year nod affected your business? Are you still seeing any lingering benefits?

We had a great year for sales. There’s no way to tell how much of that was due to the award. We grew a bit more than we did the year before, but that might also have something to do with us putting out cans for the first time. Anyway, it certainly didn’t hurt and I think it helped us get the attention of a lot of new customers.

The whole thing is a bit crazy, that this tiny little brewery in Burnaby gets named Canadian brewery of the year, and the vast majority of Canadian craft beer fans are never going to get a chance to try our beer. For most Canadians, they might as well have given the award to a brewpub on the moon. We’re super stoked, though. It’s amazing to get that kind of recognition, even if it’s never going to make us rich. 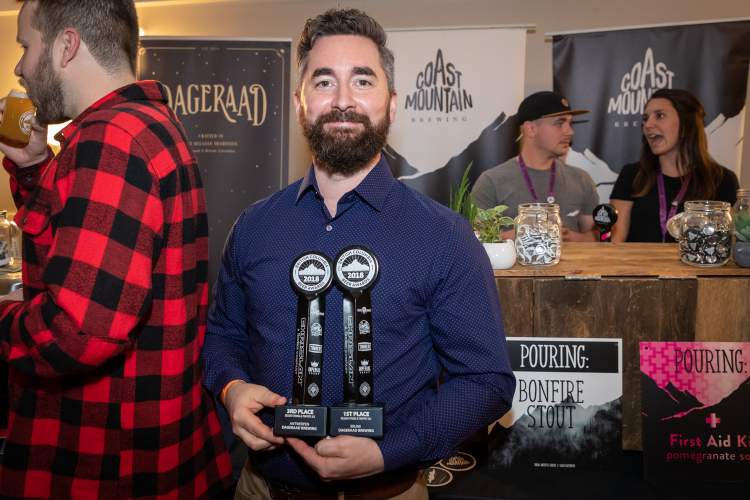 Which of those specific gold medal beer wins were you most proud of, and why?

I love all three of those beers for different reasons. Burnabarian has won a medal at the Canadian Brewing Awards three years in a row now (gold-silver-gold) which I think is incredible in a blind tasting. Burnabarian is all of our brewers’ go-to beer after a long day of brewing and it’s close to our hearts.

I was also really happy about Antwerpen, our first Tripel, which is a beer that I’m very proud of. That beer has won two years in a row at the BC Beer Awards as well, so I think we’re on to something there.

And Entropy Series No. 6 is a mixed-culture fermented barrel aged beer, which is something we’re going to be doing more and more of in the future. We actually have a do-over batch of that beer that was made in the same barrel.

You were a driving force behind the mainstreaming of Belgian beers in BC. How much would you say Belgian styles have impacted our beer scene?

I think there are sort of two categories of Belgian beers in our market, there is witbiers and saisons, which are pretty mainstream and have been for a long time. Lots of breweries make a witbier or a saison as a core brand. Then the other category includes every other Belgian style, none of which are mainstream still, and most of them never will be. Odds are nobody’s going to be swilling Tripel or Quadrupel at a Canucks game anytime soon. These beers exist for us beer fans to enjoy, not for the mainstream.

I’d like to think that our impact on the scene is to show how these beers should taste. Most Belgian beers tend to be a lot less sweet than many American brewers would have you believe. It’s possible to have a beer that’s fruity and dry at the same time, and most of these beers aren’t supposed to be dessert beers. They’re meant to be digestible.

What’s new on the horizon in terms of new beers, seasonals or collaborations?

We’ve always got new stuff coming out. We just finished brewing an imperial porter with coconut and pandan leaf. Pandan leaf is used south- and southeast Asian cooking, and it can act as a weird sort of coconut booster in desserts, so we’re trying that out. I have no idea if it’s going to work. By the time people read this, we might have already dumped it down the drain. I bet it’s going to be delicious, though. It better be delicious, it was a huge amount of work to make. We toasted all of the coconut ourselves, and it made an unbelievable mess of our kettle and our floors. 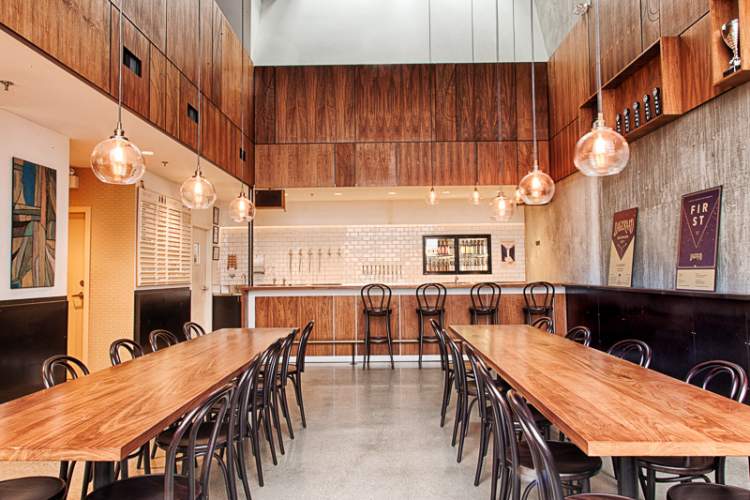 Your facility is close to Skytrain (Production Way/University station).  Are people aware of this? How are you doing for walk-in traffic?

When I originally opened the brewery, I wasn’t too hopeful about a tasting room in this location. I wanted to be near the train station mostly for my own commuting. We didn’t even have a tasting room for the first few months we were brewing. I didn’t think it was that important. I was wrong, of course, and we opened our original tiny tasting-closet and were immediately overwhelmed. So we went back to the City of Burnaby for more building permits and we opened our current 50-seat room in 2017. I’m sure we’re not as busy as the breweries on Brewers’ Row, but we have an awesome crowd of locals who live or work in the area, and our faithful Dageraad fans know how easy it is to get here by Skytrain from pretty much anywhere in the system. 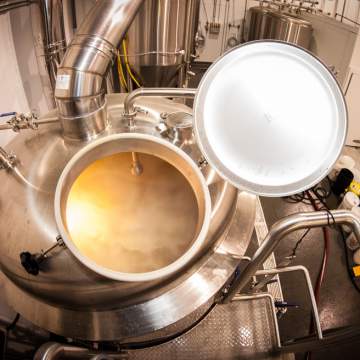 We recently can-conditioned our first beer. We’ve been bottle-conditioning everything from the beginning, and it hugely improves the flavour and the shelf life of our bottled beers, so we tried can conditioning a collaboration we brewed with Sooke Brewing. I can’t really tell you how it’s worked out yet, but again, by the time this is published, someone reading this might be drinking the beer I’m talking about.

We’re also doing more barrel-aging and more mixed-culture fermentations, using brettanomyces and lactobacillus in addition to brewers yeast. That’s been going super well, in terms of the beer we’ve been producing. There’s a pretty small, select group of drinkers who are in to those beers, but we love them and we’ll keep making them as long as we can sell them.

Enjoy our beers at our 50-seat tasting room in Burnaby or at public and private retailers across British Columbia and beyond. Dageraad was awarded 2018 brewery of the year by the Canadian brewing awards.

Dageraad Brewing is named after the Dageraadplaats, a neighbourhood square on the east side of Antwerp, Belgium. The brewery is our effort to transport a small piece of the beer culture I found in that square home to British Columbia.

About ten years ago, during a youth well-spent tramping about the world on a budget, I met three Belgians in Laos. We became fast friends. Over the years, I’ve visited them in Antwerp a number of times. Inevitably, at least once each visit we would find ourselves in the Dageraadplaats (“sunrise square” in Flemish) drinking the legendary beers of Belgium…