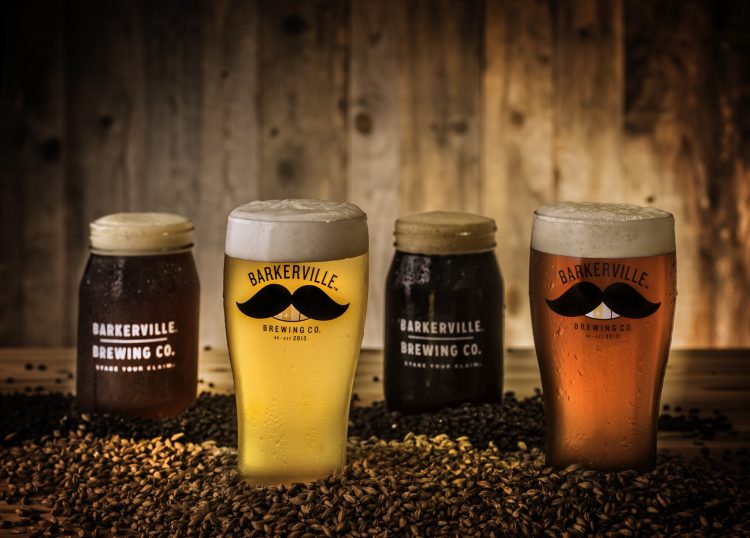 Cariboo District’s only craft brewery, Barkerville Brewing Co., is located in Quesnel, BC. Beer has long held an esteemed place in this region, and our beers tell the story of the historic Cariboo gold rush.

The original Barkerville Brewery was built in the 1860s, and was located in an empty lot between Barkerville’s drugstore and Masonic Hall. A little after 2:30pm on September 16th, 1868, it took just one hour and twenty minutes for the entire town to be nearly burnt to the ground. Barkerville was reduced to a mass of smouldering ruins, with charred timber and heaps of rubbish replacing what was once the metropolis of the Cariboo.

Although immediately rebuilt, with 90 buildings reconstructed in just six weeks time, it has taken over a century for the Barkerville Brewery to once again stake its claim. While building a brewery directly in the historic town of Barkerville was not feasible, the picturesque town of Quesnel, just 80 km west and a popular stop on the Rocky Mountaineer rail route, is now Barkerville Brewing’s new home – a perfect spot to brew real Cariboo beers!

Our Beers Tell the History of BC’s Gold Rush!

Two-time medalist winners at the Canadian Brewing Awards in the category of North American Amber Ale. Cash in with 18 Karat Ale, a smooth and balanced blend of malted barley and hops that will lure you back for the mother lode.

Known as underground savages, prospectors of the BC gold rush were rewarded handsomely for their toil. Rumour has it that, in the saloons of Barkerville, there was so much gold dust shed from miner’s clothes that a profit could be made just by sweeping the floor.

First place winner in the German Wheat category at the BC Beer Awards 2016.

A dark wheat beer. Moderate clove, soft vanilla, and a hint of banana combine with a biscuity malt flavour to round out the slight tartness. Complex, yet refreshing.

First place winner in the British Stout category at the 2016 BC Beer Awards. Made with boreal amber birch syrup and roasted malt, 52ft Stout boasts a deep flavour that always strikes gold.

They said he was crazy, but Billy Barker could feel gold in his gut. Down river, close to Stout’s Gulch, he would stake his claim. Soon Barker and his crew pulled up 60oz of gold from 52 feet below the ground, making his the richest claim in an area henceforth known as Barkerville.

First place winner in the German/Belgian Wheat Beer category at the 2015 BC Beer Awards.

A light–bodies refreshing wheat beer that starts out citrus on the palate, but finishes crisp with hints of stone fruit. Gently roll before opening.

Come on by the brewery today to fill a growler, drink a pint or two, and stake your claim to some great Barkerville Brewing merchandise.

Click here to find out how the brewery came to be.