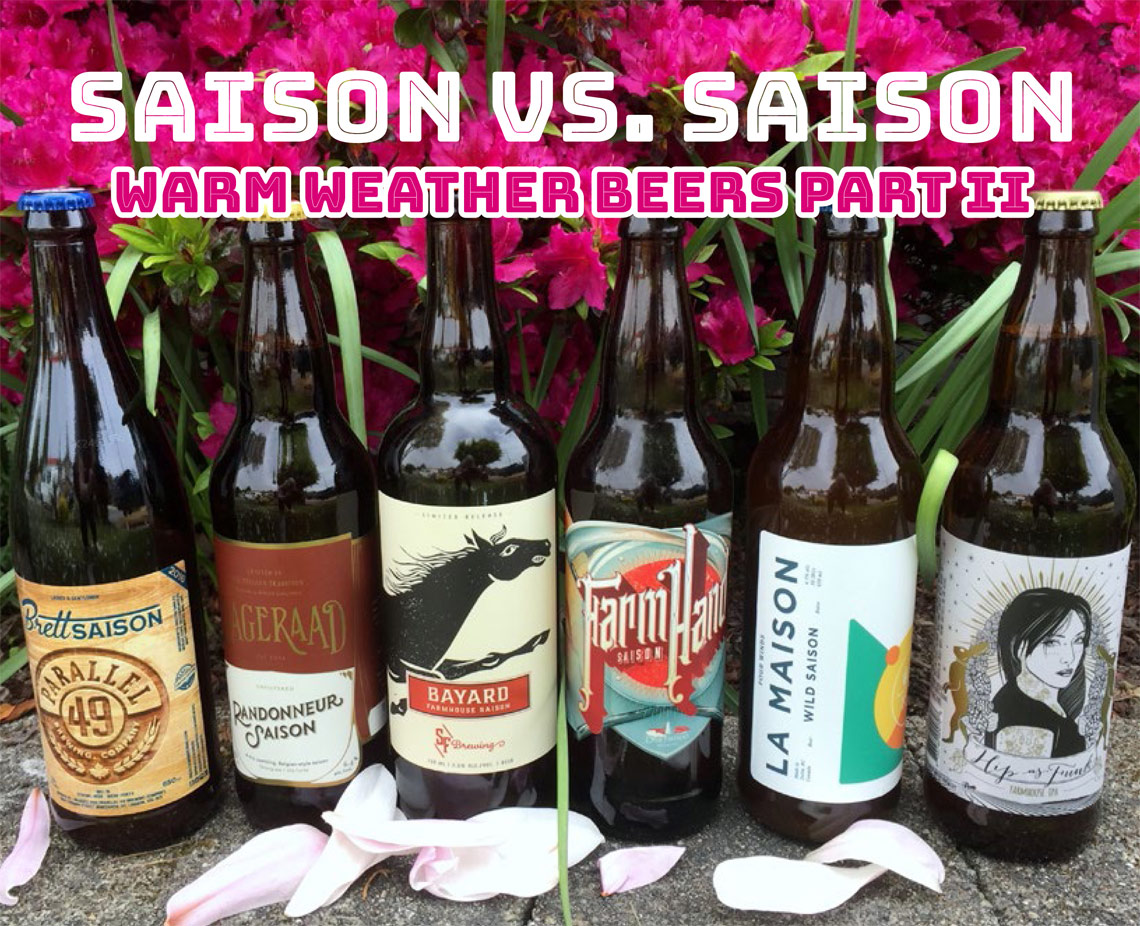 What is a saison?

Traditionally, saison is a rustic, artisanal ale made with local farm-grown ingredients, brewed for consumption during the active farming season in the French-speaking area of Belgium. Because these beers were made from whatever happened to be on hand, it was not unusual to have grains such as wheat, rye, oats, or spelt in the grist bill.
Sugar or honey could be added to provide complexity and dry out the flavour.
In North America, we often refer to saisons as farmhouse ales. This is the perfect beer to make during the summer months; see my Homebrew Happenin’s column for more about that.
– Warren Boyer

Our five volunteer beer experts are:

Moon Under Water: Hip as Funk

How judging is done

Our unsanctioned competition uses a Zagat-like 30-point rating with a weighted scale based loosely on the BJCP Scoresheet. Panellists are instructed to give an honest rating, not a sugar-coating. There is always something about each beer that at least one or two panelists with either like or dislike!

Note: neither What’s Brewing nor Legacy Liquor Store bear responsi­bility for the opinions expressed within, which are solely those of the individual panelists.

And the winner is:

We have a tie game! As seen below, both Four Winds and Strange Fellows averaged exactly 25 out of 30. 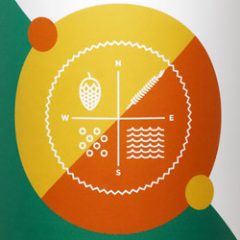 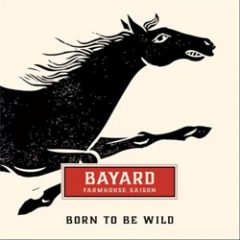 Bayard got the Panel’s only unanimous perfect ratings for Stylistic Accuracy and Appearance.

Happily, all the beers did well this round. 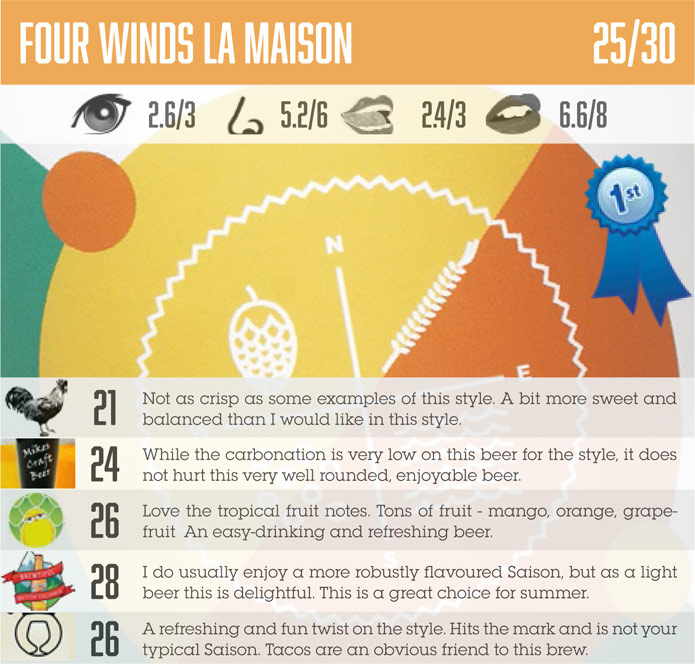 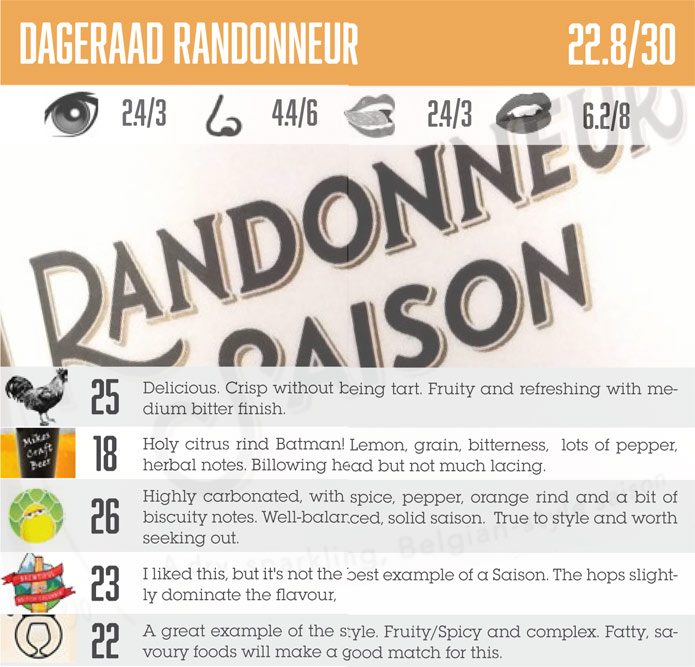 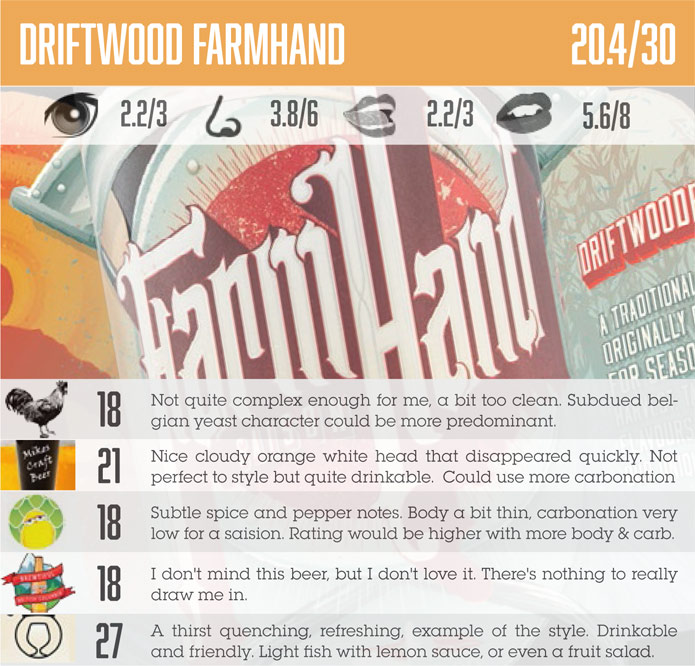 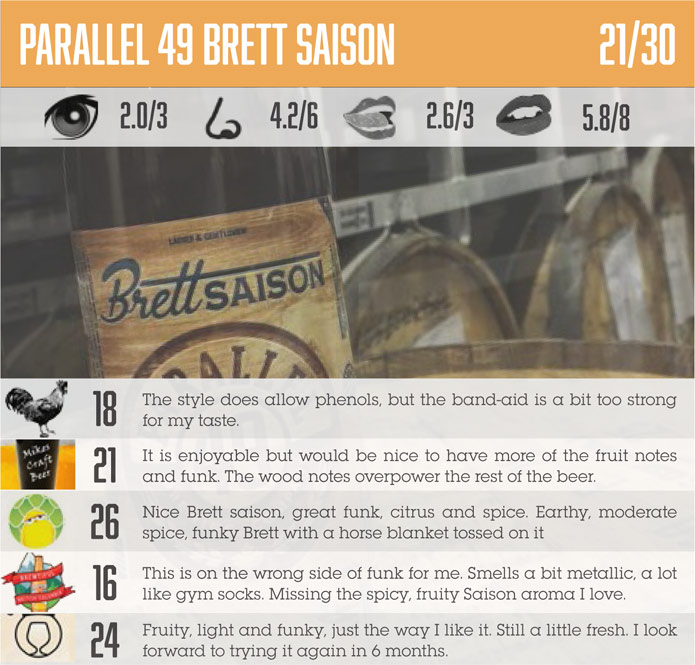 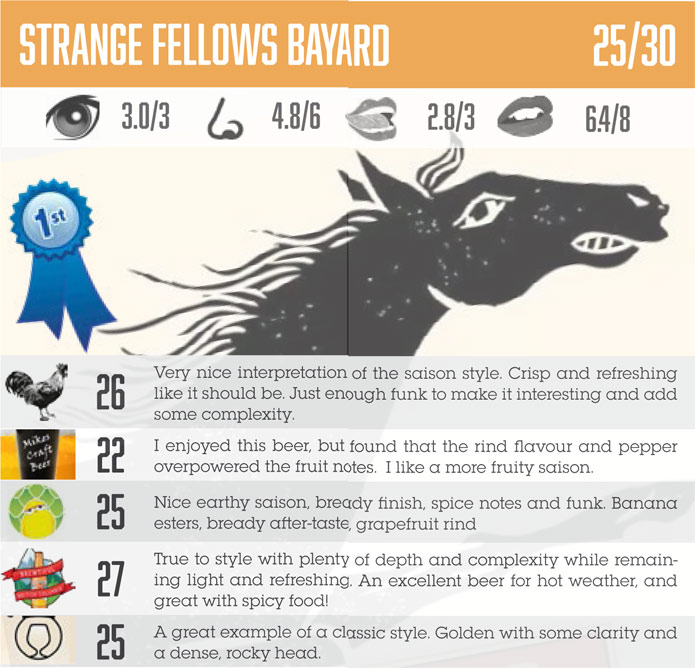 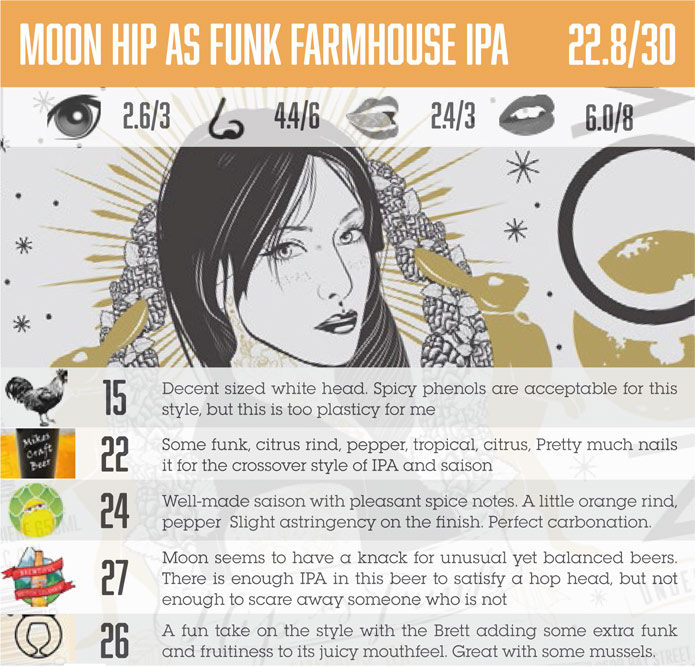