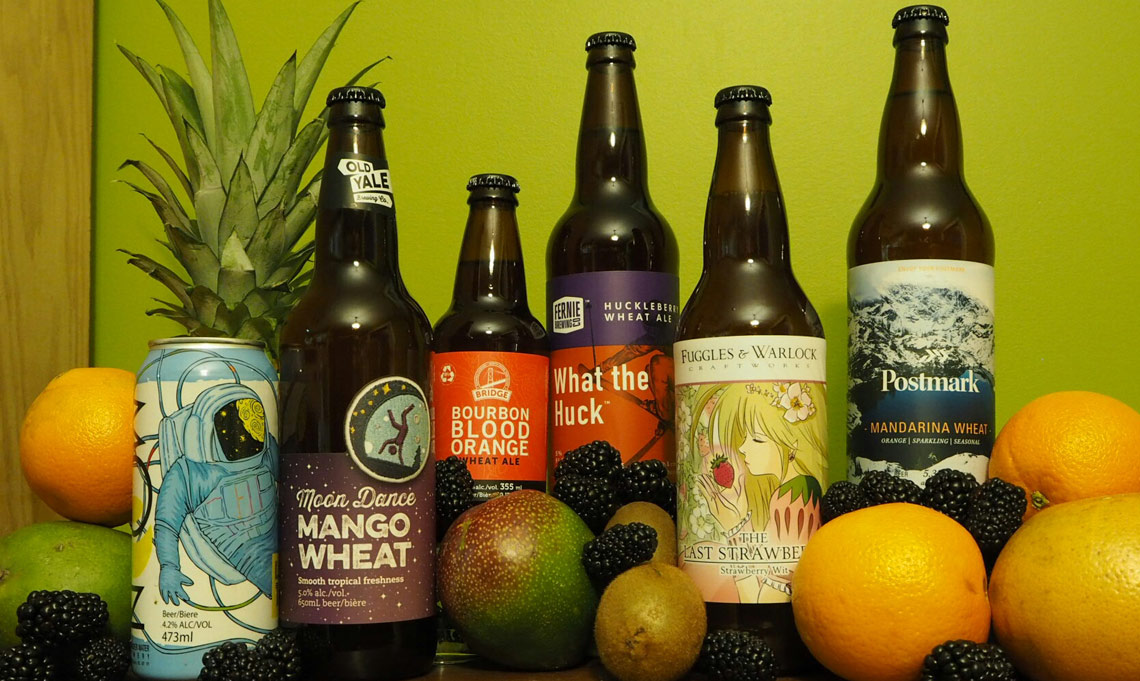 What is a spring beer?

After the winter we’ve had, it probably seemed impossible that there would ever be warm weather again, but it’s coming. If it’s not, this issue’s Fruit Beer Spotlight feature will be pointless, and here at What’s Brewing we don’t do pointless stuff. Much.

Spring differs from other seasons in that there is a very short list of styles historically released during this time. In fact, only one stands out: Bock, a German tradition. Since a bundle of BC bock bottles can be tougn to snag, we’re choosing fruit. The Easter Bunny tempted us with chocolate beers, but that’s really a winter thing. We’re confident that you’ll be out on the patio in shorts with a fruit beer in your hand before you know it.

What is a fruit beer?

Judging contests and beer categorization systems often feature a category named Fruit Beer. This segment is sometimes combined to include beers that involve other produce such as pumpkins, vegetables, or herbs. Fruit Beer is not strictly a style in the sense of a traditional brewing approach with a single historical root like Pilsner, Dortmunder or the like. It’s a class of beers that employ fruit as an additive in order to obtain flavours (and sometimes mouthfeel) that wouldn’t be possible through yeast selection alone.

Our five volunteer beer experts are:

Julia Hanlon, Head Brewer, Steamworks (why yes, we did name her our Brewer of the Year for 2016)

BONUS BEER
We missed the boat on Moon Under Water’s Oranje Maan Wit. Crap! Instead, we continue the summery trend by adding in their Light Side of the Moon lager, brewed with lighter rice malts and sweet orange peel.

How judging is done

Our unsanctioned competition uses a Zagat-like 30-point rating with a weighted scale based loosely on the BJCP Scoresheet. Panellists are instructed to give an honest rating, not a sugar-coating. There is always something about each beer that at least one or two panelists with either like or dislike!

Note: neither What’s Brewing nor Legacy Liquor Store bear responsi­bility for the opinions expressed within, which are solely those of the individual panelists.

This round’s Winner is… 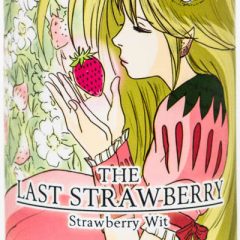 Our Spring champion, for Last Strawberry Wit, is Fug­gles & Warlock—no stranger to winning beer contests. They earn themselves a shiny new Stan Lee No-Prize (and they’re just the guys who might actually get that reference). Well done! 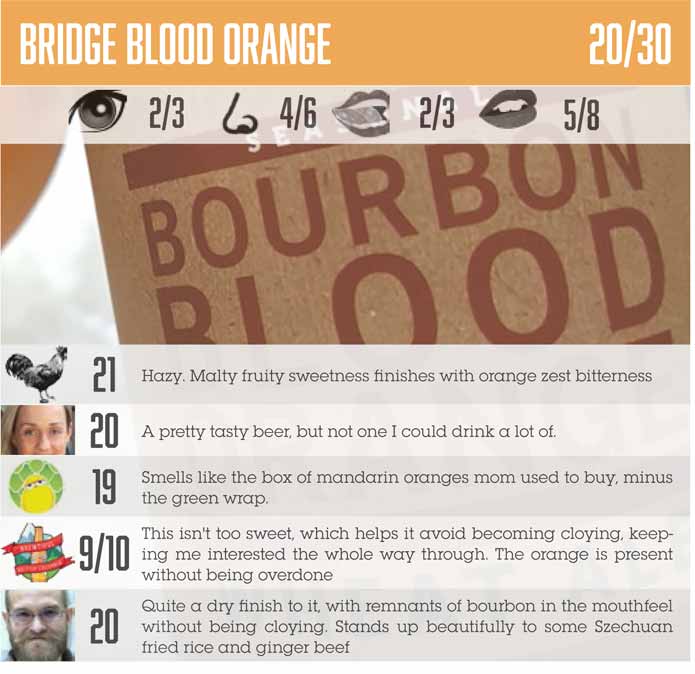 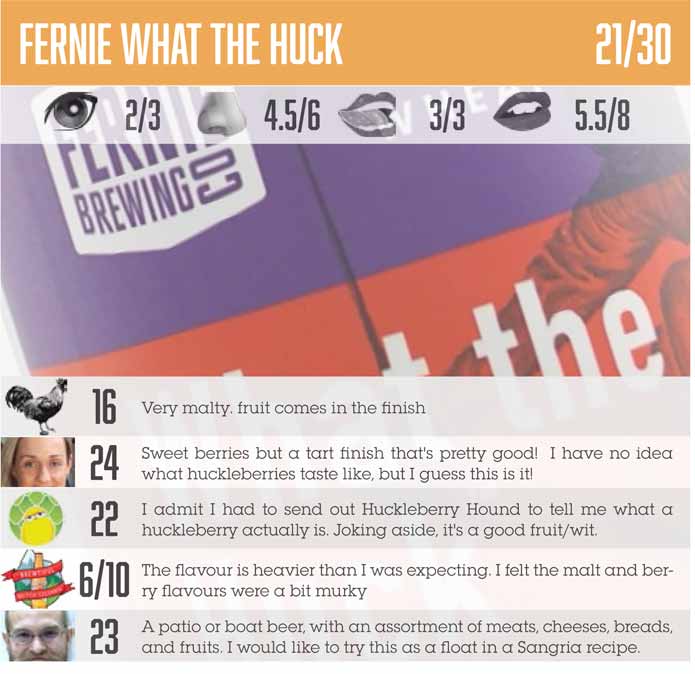 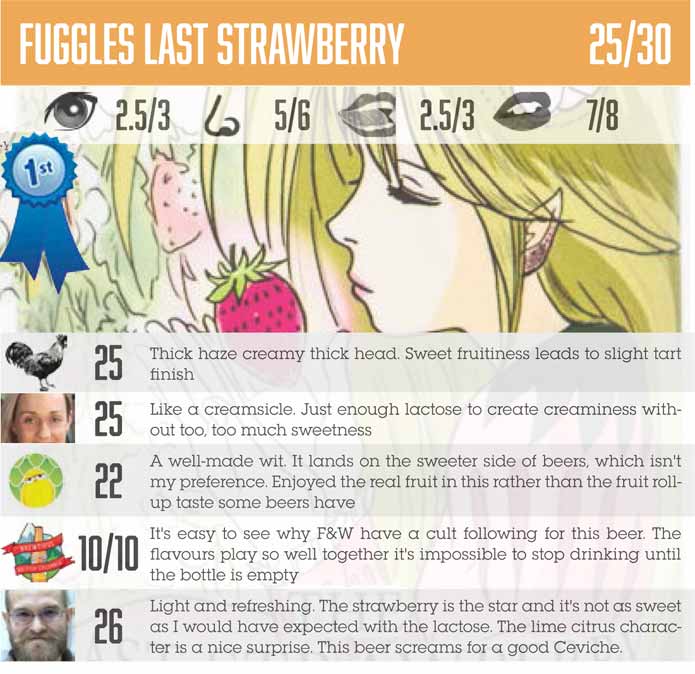 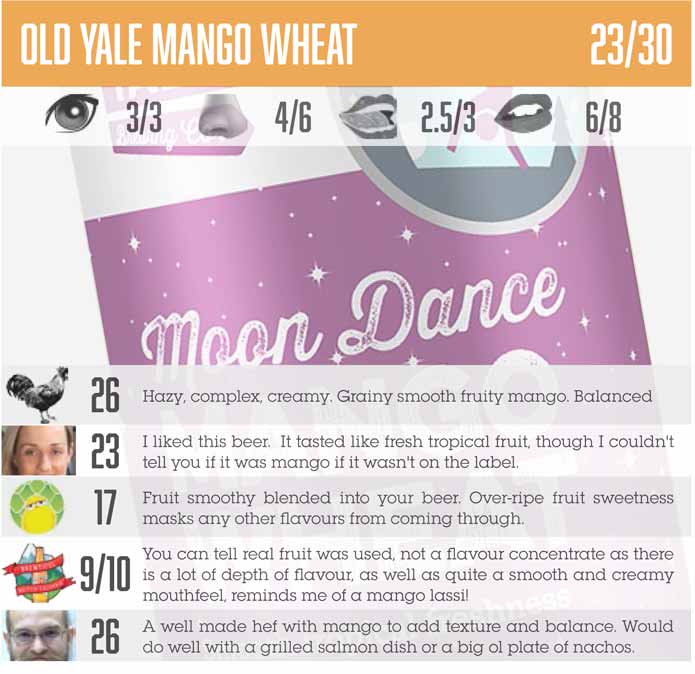 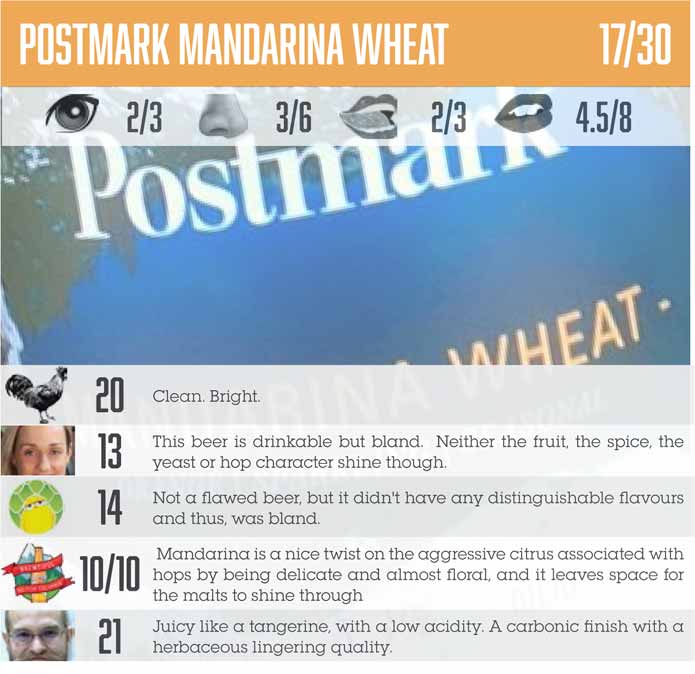 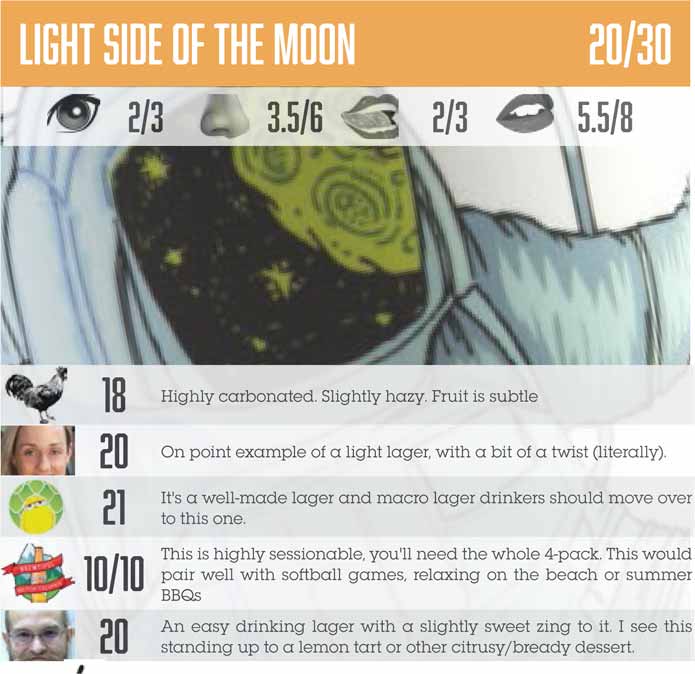 This is how the total input broke down.

This category is less hoppy than others; the balance was more toward malt