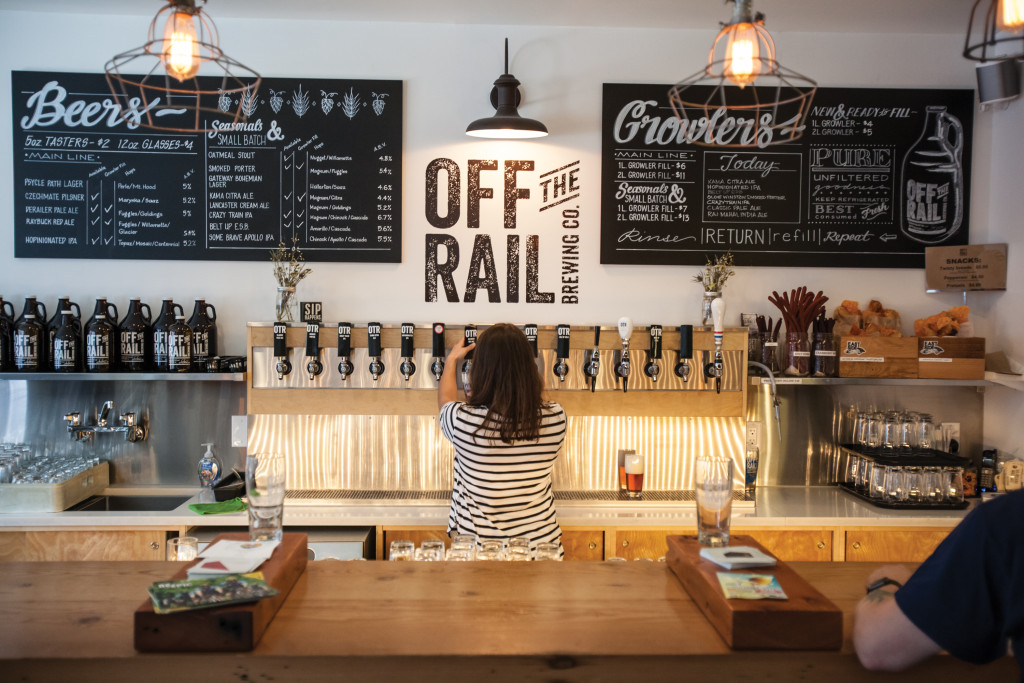 Barry Benson remembers what Mount Pleasant was like back when it didn’t quite live up to its name. He remembers how prostitutes frequented the streets and used needles littered the lanes, and how he found the retractable door at R&B Brewing bent upward by a thief who stole a bike belonging to Rick Dellow, Benson’s co-founder of the brewery at Fourth and Quebec.

“Back then it was a little grittier…certainly not somewhere you’d leave your car overnight,” Benson says. “The whole Olympic Village was nothing: it was flatlands, undeveloped, so there wasn’t a lot of population or transportation; there was no place to go for lunch, no restaurants.”

These days, though, it’s much more appealing to stroll around the neighbourhood, one that’s been reshaped both by residential development and the businesses that have followed. You’ll occasionally catch a whiff of the warm, bready aroma of spent grain, and instead of streetwalkers you’re more likely to see beer drinkers moving from one tasting lounge to the next. That’s because the neighbourhood’s mixed-use zoning has attracted craft breweries to the area, and they’ve brought with them a new kind of drinking establishment: the tasting lounge. In the process, they’ve given the city back something that it’s lacked since before Prohibition: a neighbourhood pub culture.

Filed under: Beer In The News
Tagged under: Yeast Van