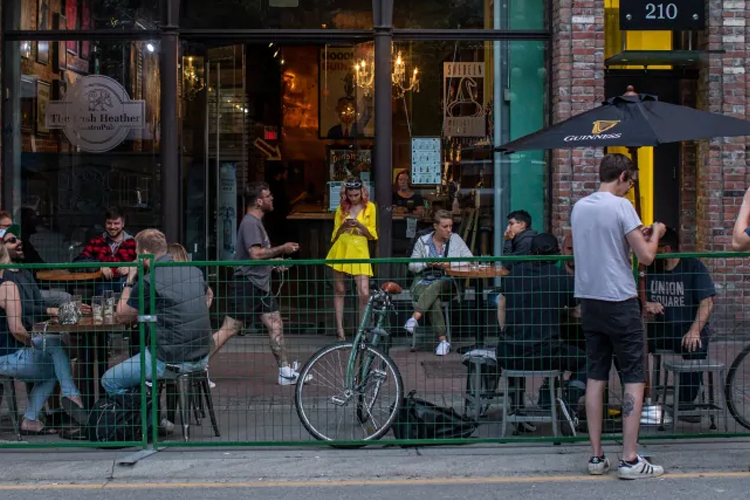 360 temporary patios approved since June 1, but the pilot project expires this fall

In just over two months the City of Vancouver has issued hundreds of temporary patio licenses for bars, restaurants and breweries — a program that’s been a lifeline for many business owners while igniting calls for permanent changes to city bylaws.

Since June 1, the city has approved more than 360 temporary patio permits. The program is aimed at allowing safe physical distancing inside and outside establishments while bringing in more customers.