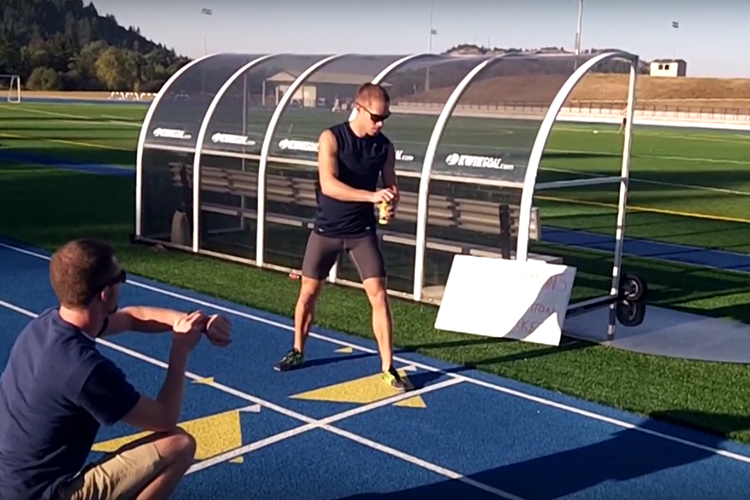 But maybe even more impressive is his beer mile accomplishments.

Symmonds is a previous world record holder in the beer mile, which consists of chugging four beers while running four laps.

In 2012, he helped elevate the trend of filming and posting the beer mile challenge online. His run of 5 minutes 19 seconds went viral when it was posted on TMZ.com. The notoriety of Symmonds accomplishment helped make the beer mile more mainstream, and it attracted other elite runners to the sport.

Symmonds also ran in the inaugural beer mile world championships, but came up short to the winning time of 5 minutes flat.