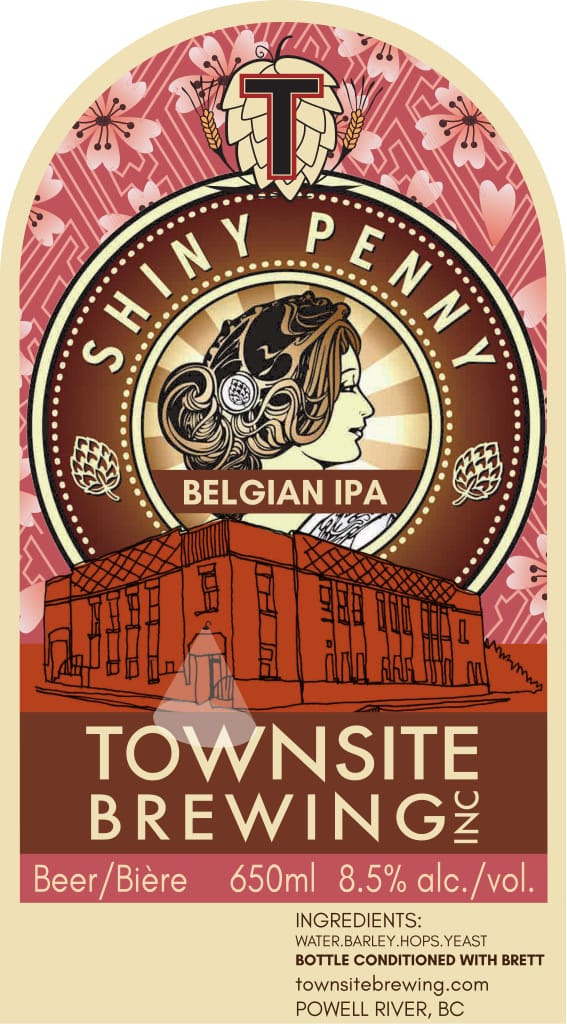 This year Cédric and Scott turned their experimental attentions to Shiny Penny. Always a work in progress, they decided to try bottle conditioning with a blend of three varieties of wild yeast, Brettanomyces: Lambicus, Bruxellensis and Claussenii.

Now for a little history lesson on Brettanomyces Claussenii.

First isolated by N. Hjelte Claussen in 1904 in a yeast culture that had originated in Burton England. It is theorized that this strain of Brettanomyces developed in the wooden vessels that had carried IPA from England to India. ‘We are essentially exploring the IPA flavours of 100 years ago” describes Scott Martin, Head Brewer.

This year’s Shiny Penny has been aged in bottle for 6 months. The flavour profile includes: barnyard, horse blanket and exotic fruit.

‘The one unexpected aspect of blending these three strains of Brett is the presence of a pellicle on top of the beer” explains Cédric Dauchot, Brewing Engineer “but over all I am very happy with how this beer turned out”