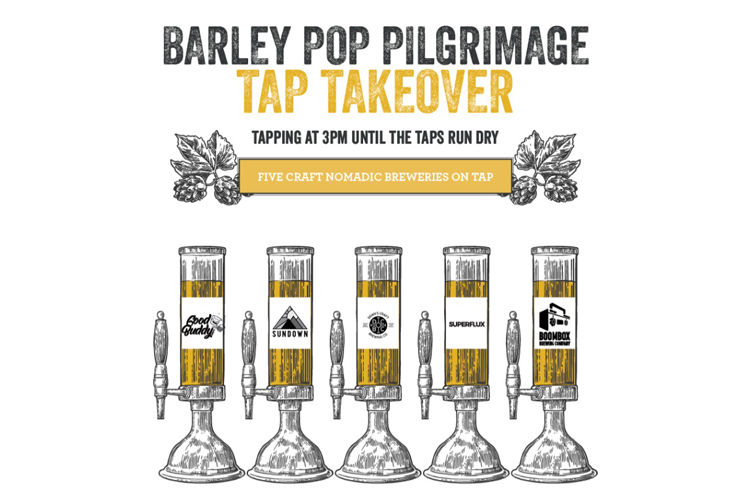 Vancouver, BC, May 29, 2019 – For the 10th Annual Vancouver Craft Beer Week , Timber is supporting craft breweries of Vancouver that do not have tasting rooms of their own. On Thursday, June 6th at 3:00 p.m., the team at Timber will tap ten kegs from five small exclusive breweries with the brewers in-house.

The following breweries will be served until the keg runs out:

Sundown Beer was created by three friends (Kevin, Charles, Ben) and a serious love for craft beer. They specialize in traditional styles of German beer while adding a unique Cascadian twist. Find them in East Vancouver at Callister Brewing Co. The Sundown Crew will tap: ‘Dragonflux Fury’ Sour and ‘There Goes the Sun’ Hefeweizen.

Doan’s Craft Beer Company Since leaving their original location on Powell, Doan’s has moved their operations into Craft Collective Beerworks in East Van. Doan’s is still a family run beer company and loves to continue their practice with traditional German styles, like their multi award winning Kolsch, as well as ‘American’ styles of IPA, Lagers and fun fruit beers. Evan Doan will be tapping their West Coast IPA and Kolsch. 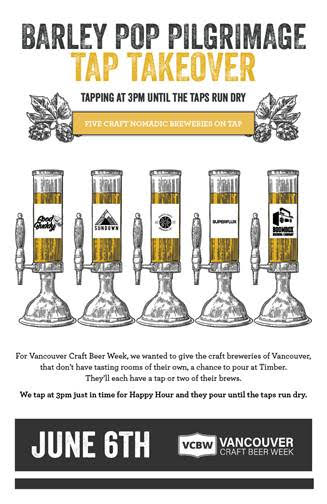