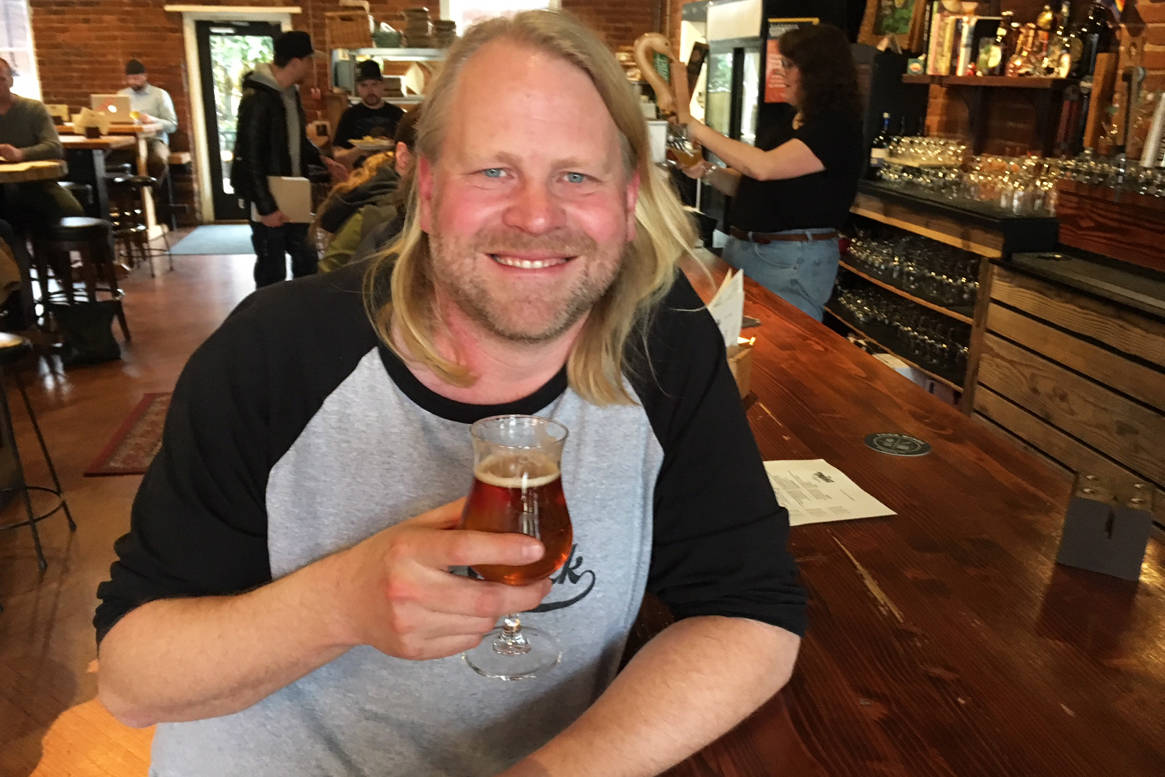 Joe Wiebe is back in Penticton for another one of his beer focused presentations ahead of Fest of Ale. The presentation takes place April 12 at Bad Tattoo. Black Press file photo

Thirsty Writer, Joe Wiebe, is in Penticton for a seminar before the Okanagan Fest of Ale

Covering over 6,000 years of beer in less than 60 minutes might be a task only the Thirsty Writer — otherwise known as Joe Wiebe — can tackle.

Wiebe, author of Craft Beer Revolution: The Insider’s Guide to B.C. Breweries, and multi-year judge at Penticton’s Fest of Ale is back in the South Okanagan April 12 with another one of his informative, entertaining and tasty presentations

“It’s kind of tongue and cheek, the history of beer in 59 minutes. Beer dates back thousands of years, definitely 6,000 years. The earliest beer recipe found was carved into a Sumerian tablet from 6,000 years ago. I’m sure beer was produced even before that but there’s no proof of it,” he said during an interview from his home in Victoria.

Wiebe said some historians believe early nomadic people chose certain areas to settle down in based on the ability to grow grains, which led to villages, towns and eventually cities being built.

“That means beer created civilizations,” he said with a laugh.