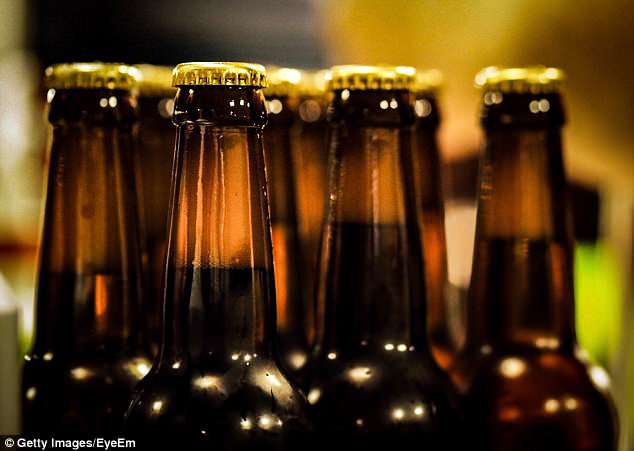 There is a reason beer is packaged in brown bottles.

If it isn’t, the quality of the beer goes down more quickly, according to one expert.

Jaime Schier, quality director at Massachusetts Bay Brewing Company, explained that brown glass is the best material to keep beer from getting ‘lightstruck’.

Today, beer drinkers can visit pretty much any brew-selling stores and choose from dozens of drink options.

But most of those options have on thing in common: they come in a brown bottle.

This is to keep them from becoming ‘lightstruck’, which is the term beer-manufacturers use to describe beer that has gone bad.

‘Like Gremlins, but more friendly, beer has several natural enemies, including time, temperature and light, which leads us to the brown bottle. Brown – as opposed to clear or green – bottles do the best job of blocking the part of the light spectrum that causes the formation of MBT from hop constituents,’ Schier told Real Simple.