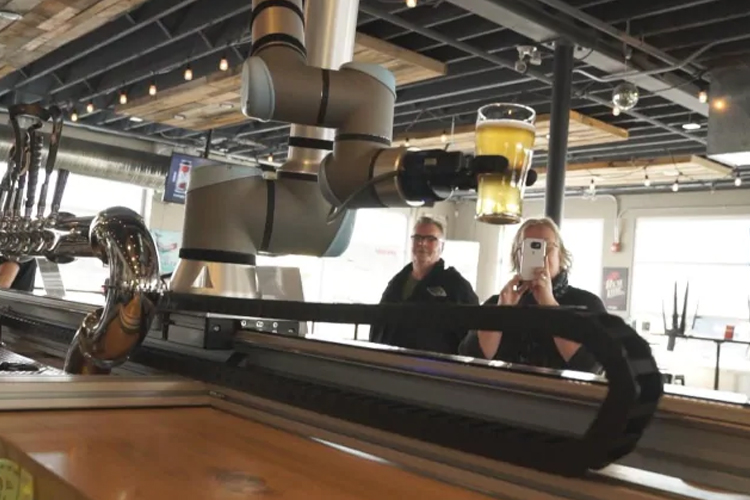 Above picture: Customers seem to get a kick out of the beer-delivery robot. (Jaison Empson/CBC)

Always wanted a robot to bring you a beer? Head over to Winnipeg’s Torque Brewing, where their new “bot-tender” robots will take your order, rinse out a glass, pour a beer and serve it to you.

Phil Bernadin is one of the owners at Torque Brewing, and he also owns Eascan Automation, a local robotics company.

He says people get quite a kick out of the system.

“A lot of just staring and stricken with awe as to what it can do,” he says. “It does the same thing every time, they say — which is what it’s supposed to do, it’s a robot.”