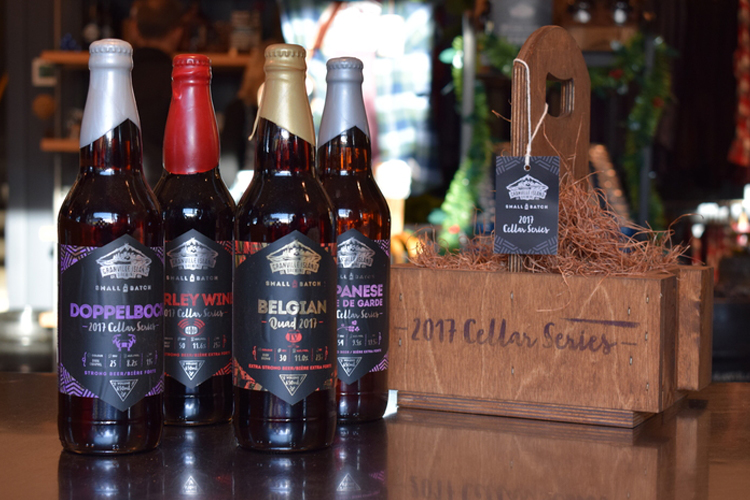 It’s the most wonderful time of the beer, with B.C. craft breweries putting out some great holiday-themed brews, perfect for stuffing stockings and stocking fridges. Here’s what’s on our wish list this week…

If you missed out on brewmaster Kevin Emms’s exceptional small-batch Cellar Series offerings earlier this year, you’re in luck! All four of the beers are available in Granville Island’s Cellar Series Gift Pack, which comes with a super cool wooden bomber holder, too. Included are Doppelbock, Japanese Biere De Garde, Belgian Quad and Barley Wine, and all are suitable for cellar aging up to three years, which allows the flavors deepen and further develop—although immediate consumption is equally encouraged.