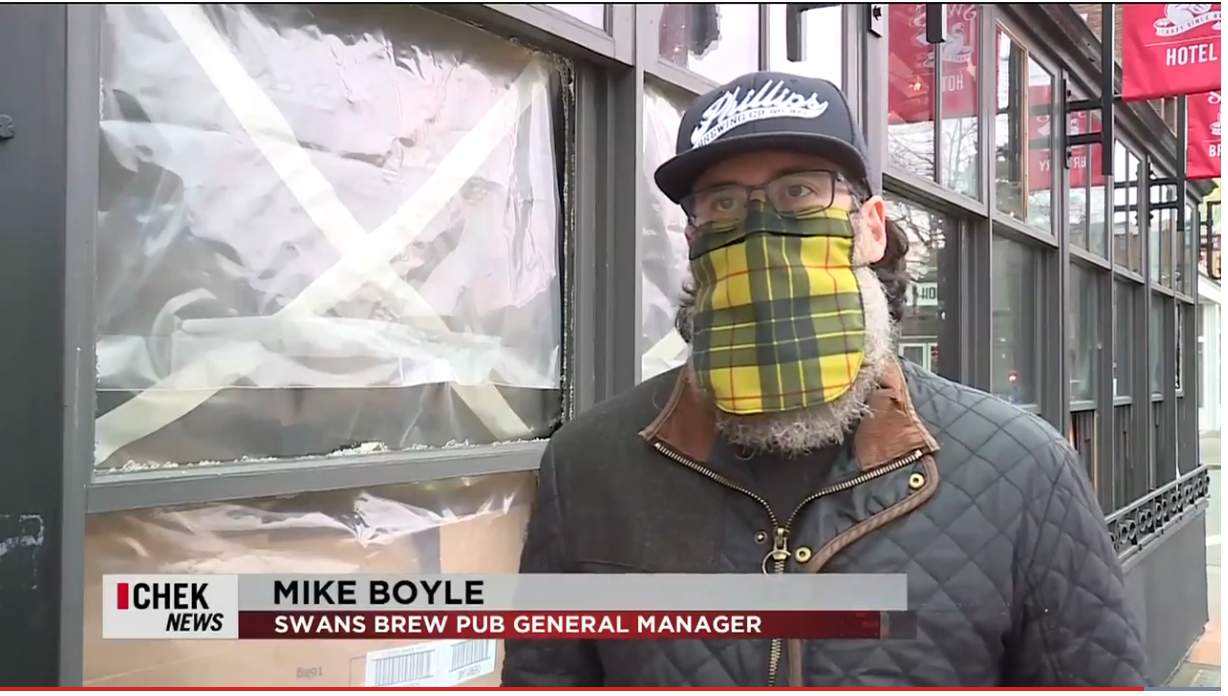 Swans Brewery & Pub was in the news this week for unfortunate reasons, as they had 20 windows and two doors smashed during a vandalism spree. General Manager Mike Boyle appeared on CHEK-TV to describe the incident, during which the pub was apparently attacked by driftwood…not the brewery, but the actual wood.

The Victoria Police Department has arrested a man after a suspected mischief spree that involved smashing windows and resulted in damage to at least 14 different properties in Victoria.

Police say that the suspect arrested for the mischief spree is also believed to be the same man involved in the theft of a Victoria Harbour Ferry on Tuesday.

At approximately 12:30 a.m. on the morning of January 20, officers attended a multi-unit residential building in the 1700-block of Cook Street for a report of an alarm.

It wasn’t until approximately 2 a.m. when police say they were alerted of a man smashing windows at a restaurant in the 500-block of Pandora Avenue with a large wooden pole.

When VicPD arrived on the scene, the suspect had fled, however, a short while later officers were able to locate the man and arrest him in the 500-block of Yates Street.