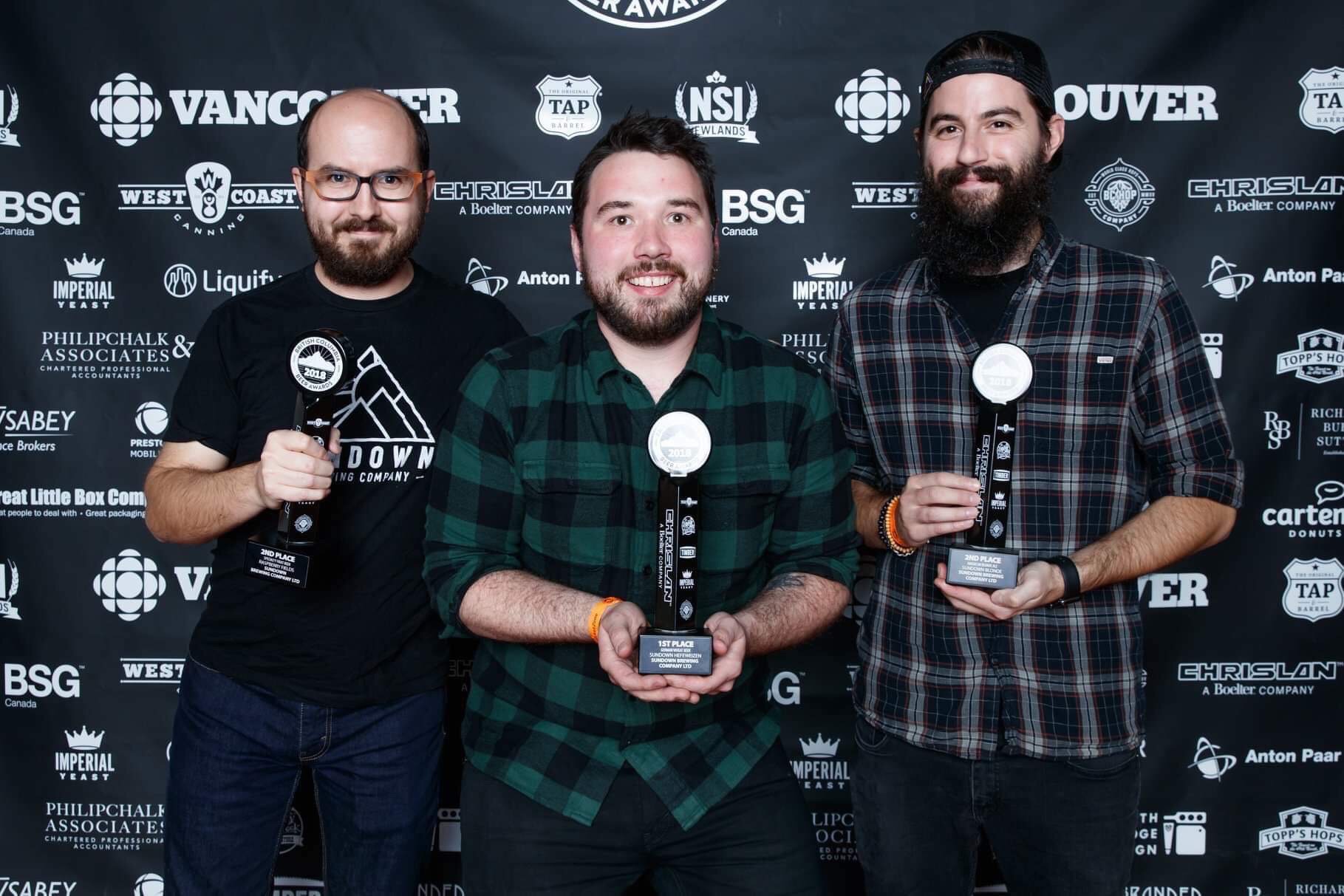 SUNDOWN BREWING TAKES THREE AWARDS IN THE 2018 BC Beer Awards

With fierce competition and over 100 different breweries competing for titles of excellence at this year’s BCBAs the Sundown team walked away delighted and humbled by the results.

“ We are honoured and this reinforces our will to create amazing beers and share them with our community.” — Kevin Garneau, co-founder.

Sundown Brewing is currently in their fourth month of a yearlong contract as an associate brewery with Callister Brewing in Vancouver. Gaining this swift recognition after their inception the team at Sundown Brewing are excitedly looking forward to the progress they will achieve in the coming future and what opportunities will arise. If you are interested in supporting the Sundown team through investment or mentorship possibilities contact us.

[Sundown Brewing passion is to make and taste traditional styles of German craft beer. To pair these clean, clear recipes with a Cascadian twist and create something unique. We are excited to bring this passion for exceptional beer to the brewing community.]

If you would like more information about Sundown Brewing, please call Kevin Garneau at (778) 554-2820, or email [email protected]