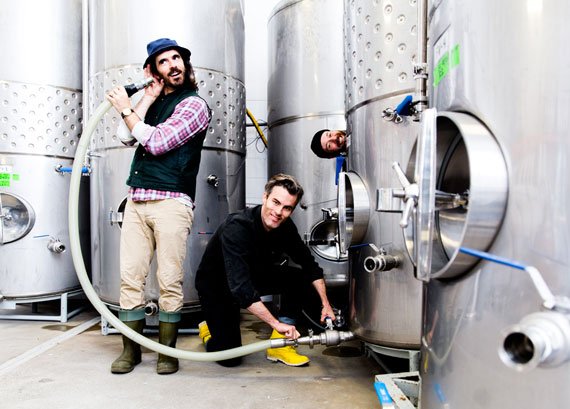 “Our goal overall is to try to build a world-class cider industry in BC,” Sunday Cider co-founder Patrick Connelly says.

VANCOUVER – As the craft beer market in BC rises to a large roar, the little cider that could is standing against the grain, tucked under the 1st Street overpass beneath Clark, filling growlers full of wares for those who like our refreshments tart.

Still in its infancy, Sunday Cider has spent the last two years building up a solid relationship with the East Vancouver brewing district and the people who call it their hoppy home away from home. One of the only cideries in the city with a commercial cider license (forced by the government on any cidery not operating on the land the apples are grown on) Sunday carries a 73% markup just to operate within the brewing district. The urban element is a key aspect of the brand’s identity and it makes the absurdly successful Sunday Cider Summer Sizzlers hosted at the facility on a select Saturday every month during the summer sublimely possible.

“That’s what puts wind in our sails; we open our shop up and people come down and it’s a good time. It’s a great relationship with the customers and talking about fermentation,” laughs co-founder Patrick Connelly. This description is very accurate: at the lively and FREE events, which feature live DJs and food trucks from local faves like El Cartel, craft fans can bring their four-legged companions and their wee ones and get growlers filled with whatever small batch brew is currently tapped. Connelly and his co-founders can be seen circulating the crowd, answering questions about the recipes, and generally being very present and engaged with their growing crowd of fans. Never the same menu twice, the events have been instrumental in encouraging the growing taste for locally sourced craft cider.