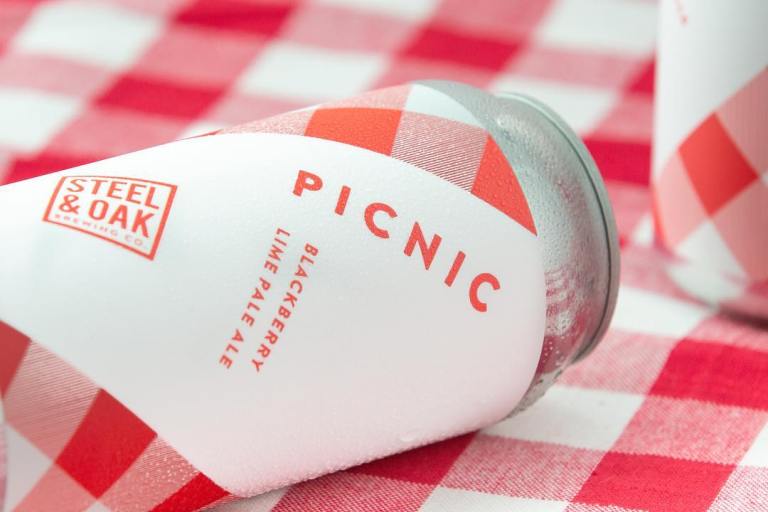 Ed Kaye of Bring Your Porter to the Slaughter reports that Steel & Oak Brewing in New Westminster, BC is set to release a new seasonal beer called Picnic.

Picnic was brewed with a malt base of barley, wheat and fluffy oats, then dry-hopped with Simcoe for notes of citrus, grapefruit, lemon, and pine. They then conditioned this pale ale on blackberries and key lime for added fruit goodness and a refreshing lime zest bitterness.

Picnic will be released on September 6 at the S&O tasting room. Cans will ship to select local liquor stores next week.