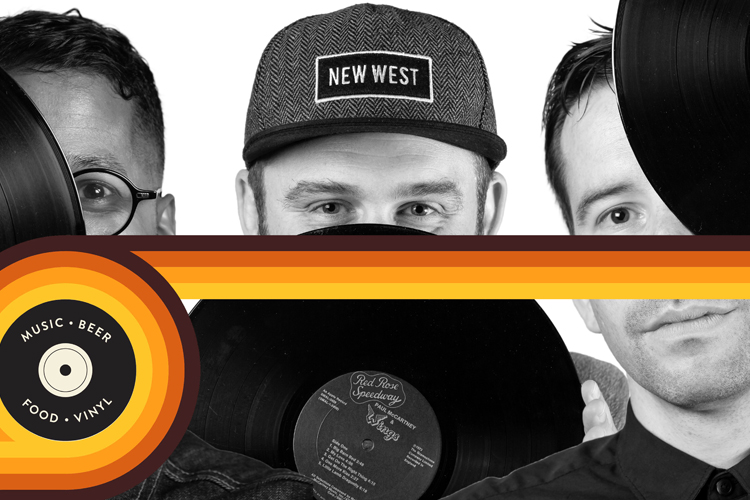 (New Westminster, British Columbia) – On Friday, November 8th, record collectors, beer lovers and food enthusiasts from across Metro Vancouver will gather in New Westminster for an evening of music, food, beer and vinyl.

Launched by Steel & Oak Brewing Co. and the Arts Council of New Westminster in the fall of 2016, the sixth edition of Analog Vinyl Fair takes place in the River Market food hall at 810 Quayside Drive from 7-11 pm on Friday November 8th. In addition to the requisite beer and vinyl offering, a variety of the award-winning River Market food vendors will be open to serve patrons.

“It’s a vinyl fair first and foremost, but we always get tons of people who love the vibe of the event and want to hang out with friends, drink some beer and hear some great music. Being at the River Market we get to introduce people to food they won’t find anywhere else.”

The Arts Council of New Westminster is again featuring a mix of local and regional talent with the Patrick Kao jazz trio playing live throughout the night and DJ Ana Rivera spinning a few eclectic vinyl only mixes.

In addition to popular returning vendors Scrape, Highlife Records, Music Madhouse and Hooked on Phono, local label Northern Electric will be representing with their own in-house releases. There are also a handful of collectors with deep crates of hard to find pressings of rock, psych, funk and soul LPs from around the world.

“The Arts Council loves to be involved in and help shine a light on arts related events in the city. This event is a no brainer for us as it’s tons of fun to put on and the local and regional community loves it!” says Stephen O’Shea Executive Director of the Arts Council of New Westminster.

Steel & Oak will also be releasing the 2019 version of First Press Cold Brew Coffee Stout for the event “Analog has been a great way to kick off Stout season for us and we’re excited to bring back First Press for people to enjoy.” says Foss.