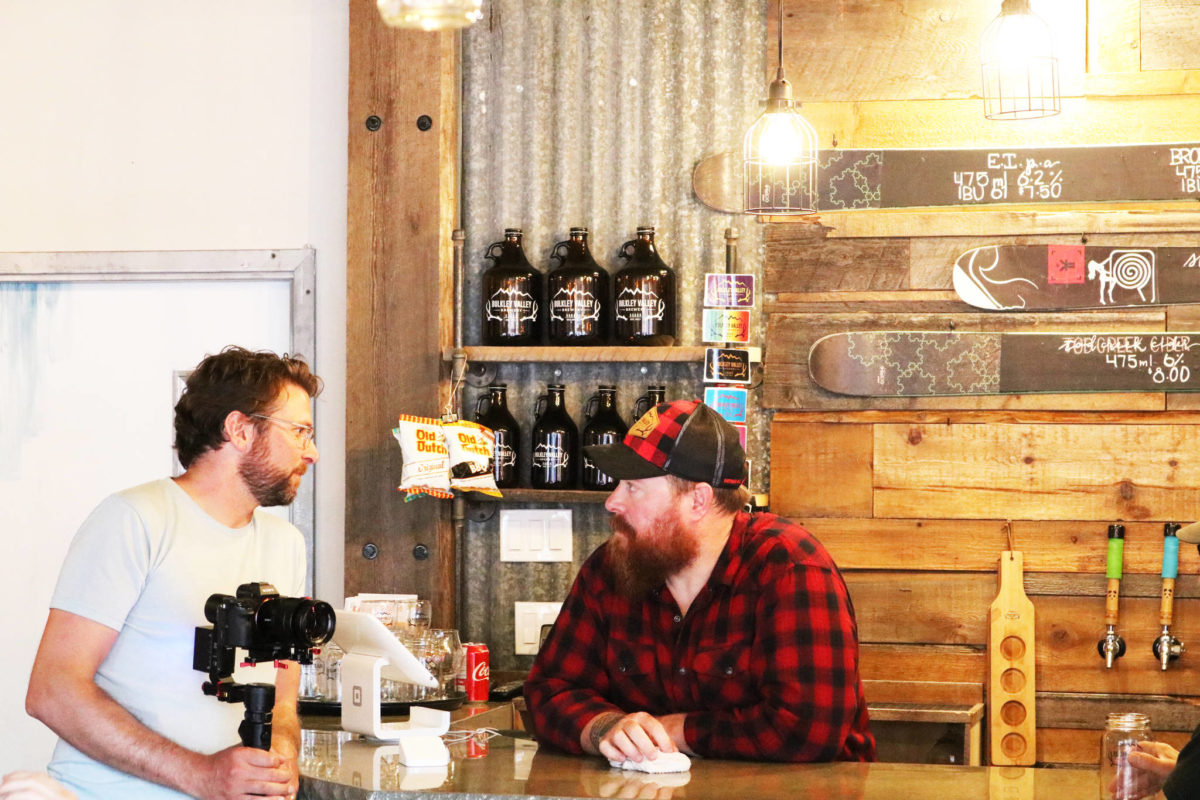 After filming in Smithers in July, North BC Ale Trail is ready to sell a trip to the Bulkley Valley.

The BC Craft Brewers’ Guild have completed updating their BC Ale Trails to include the North, and Smithers has a starring role.

The new trail adds eight craft breweries from Prince Rupert on the coast, across to Valemount in the Rockies.

“While the majority of BC residents live in the Southern half of the province, the Northern portion of the province is scattered with smaller communities embracing the epitome of small-town charm,” read a press release from BC Ale Trail.

It could give another reason to head north, something Northern British Columbia Tourism is gald to promote.

“With its majestic mountains and glacial rivers, Northern BC perfectly caters to those who love to spend their holidays and weekends exploring on-the-road. Now, with the addition of the Northern Trail, travelers can plan their trip, so they end a long day of driving with a pint of cold, locally brewed beer,” the agency wrote on its Facebook page.