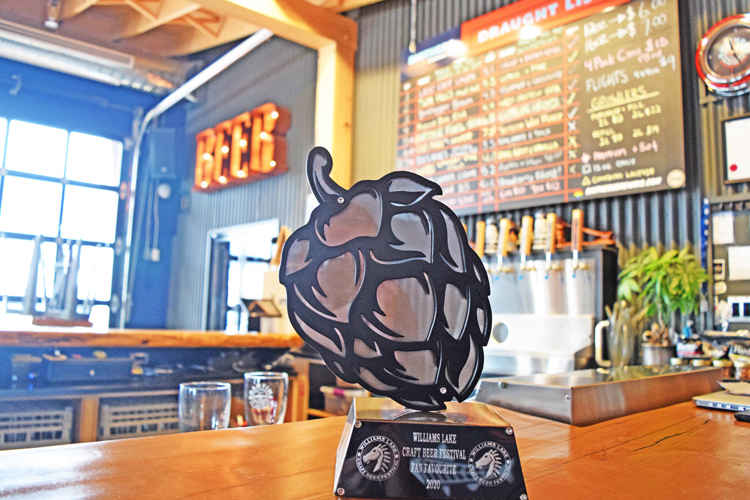 The brewery won the award for its “London Fog”, a dark mild ale with earl grey tea and vanilla

They only just reached their year-and-a-half anniversary, but already Smithers Brewing Company (SBC) is getting recognized for its suds on the provincial stage.

The brewery recently beat out 22 other breweries to take home the fan favourite award at the Williams Lake Craft Beer Festival (WLCBF) for its “London Fog”, a dark mild ale with earl grey tea and vanilla.