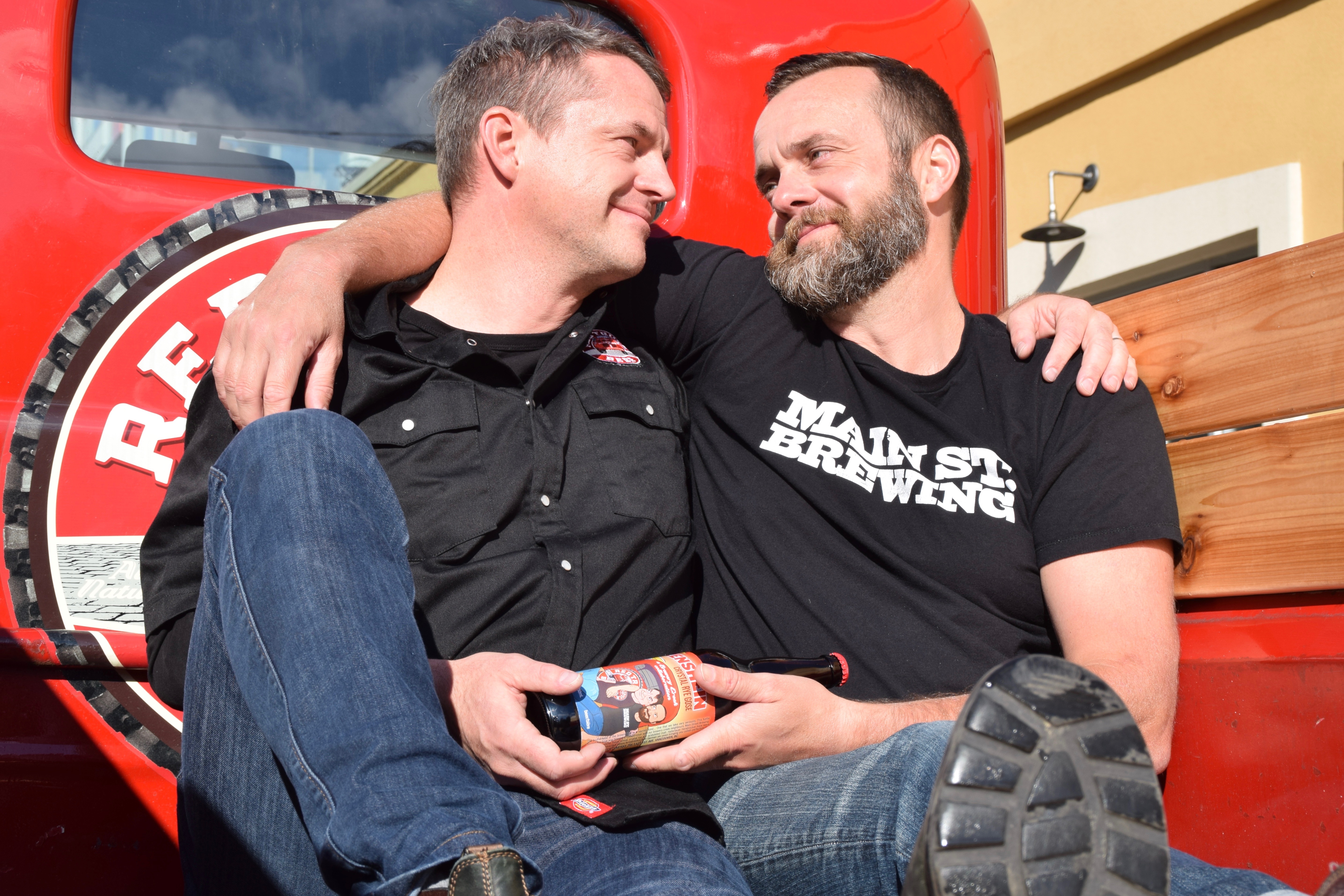 VANCOUVER, BC – Red Truck Beer and Main Street Brewing have announced the release of a new collaborative beer. Ryzenshein Crystal Rye Gose is a 5% abv and 60 IBU beer described as follows:

This Kettle Soured Rye Gose was brewed with pilsner flaked wheat, crystal rye, acidulated malt, and Hallertauer Hersbrucker hops. The Ryzenshein was soured by adding Lactobacillus before fermentation, bringing you collab-perfection. It pours a deep amber-toffee colour and has a robust head with initial notes of stone fruit fill and milt citrus. There is a fine balance between the lactobacillus driven sour and salty coriander finish of a traditional Gose. The addition of crystal red rye malt adds a unique and subtle spiciness and is a beer that finishes dry and sharp.

// Update: Rebecca Whyman or CBC Radio’s On The Coast  notes that

“Ryzenshein Crystal Rye Gose is a kettle soured ale, brewed with pilsner flaked wheat and crystal rye and soured with lactobacillus. The sour citrus balances nicely with the salty coriander, and the rye adds a subtle spiciness. The finish is dry and sharp.”
http://www.cbc.ca/news/canada/british-columbia/contract-brewing-coming-to-vancouver-1.4066508