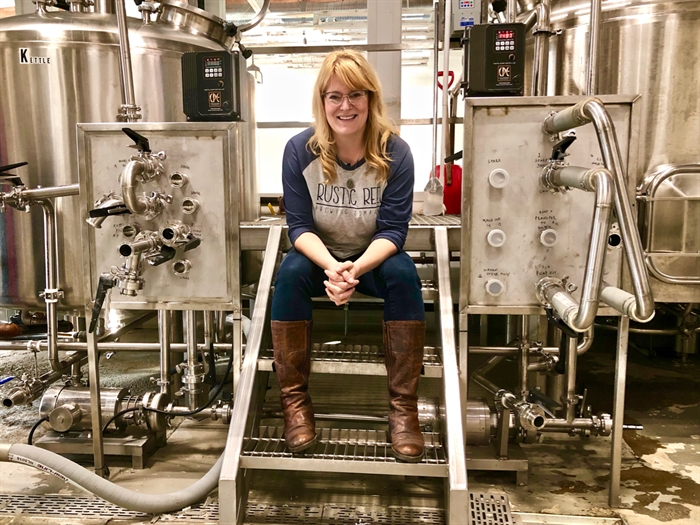 Rustic Reel Brewing Company is literally a one-woman show and in three short months of opening her business, Susi Foerg has become a shining star on the local craft beer scene.

Susi had a clear vision of what she wanted to build. “I trusted my gut,” she says, and her keen women’s intuition guided in her the construction of this beautiful new brewery in the North end of Kelowna.

Susi’s background is in the financial industry, but after visiting Persephone Brewing on the Sunshine Coast, she says she was struck with the passion to create a similar community feel in her own Okanagan project and her new career fate unrolled.

The vibe here is welcoming and the design features the perfect combination of rustic beauty. After all, the building underwent a complete makeover from its original face as a semi-truck garage, to this white-washed vision of beauty. And not without some elbow grease – Susi, her parents and good friends all pitched in to build this dream, making the space truly a labour of love and an extension of her own home. Susi implemented the carefree spirit and comfort of fishing and cabin living, all with a woman’s touch. It was important to her to make the space appealing to females as well as the usual male beer crowd.