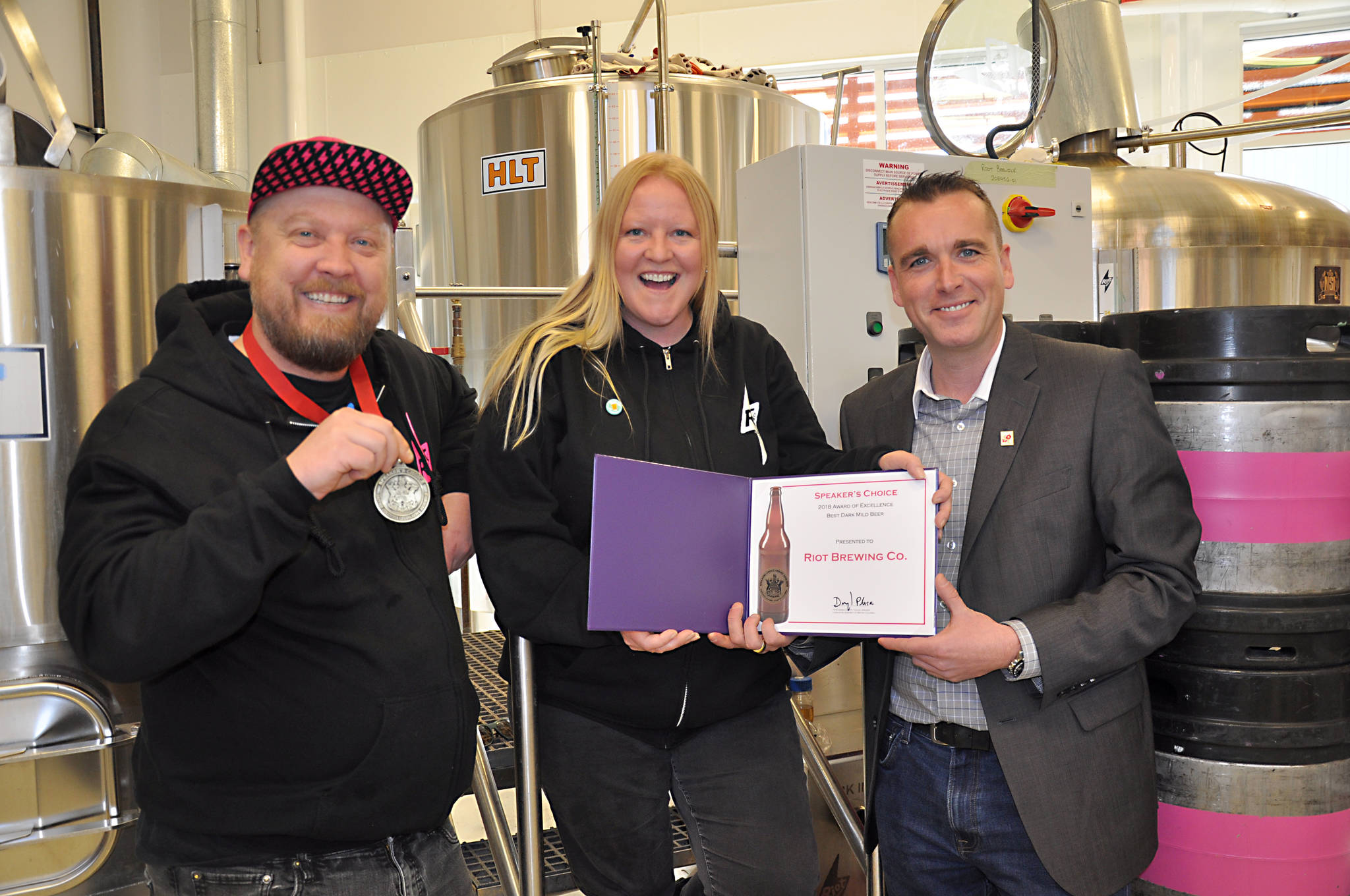 Just in time for their second anniversary celebration, the folks at Riot Brewing are toasting another win.

Invitees to an October event, billed as the first annual Speaker’s Choice Craft Beer competition, sampled beers from all the breweries and then voted for their favourites. The event was an initiative coordinated by the B.C. Craft Brewers Guild through Destination BC. October was Craft Beer Month in B.C.

Competing against a dozen other brewers from across B.C. at a gathering held in the Hall of Honour at the Legislature in Victoria, Riot took top honours in the Best Dark Mild Beer category. “It was definitely the coolest venue we’ve ever poured at,” commented Ralf Rosenke, one of Riot’s partners. As well as mingling with the dignitaries, Ralf and his partner Aly Tomlin had a tour of the legislature, including some areas not usually accessible to the public.

Allen Mullen, special advisor to the speaker of the legislature, says visitors to the legislature from foreign countries, as well as dignitaries from closer to home, will be presented with gifts of Working Class Hero Dark Mild.

“It was a lot of fun,” said Tomlin. “After all, what brings the opposing parties closer together than beer?