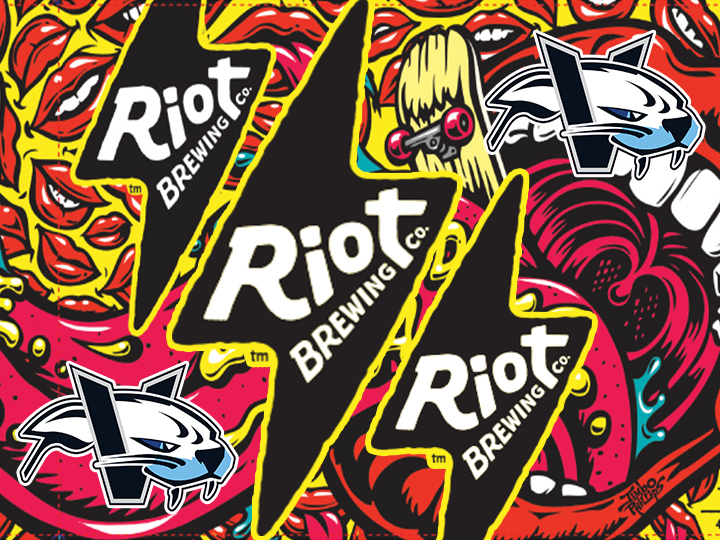 Award-winning Island brewery to provide the suds starting in 2019 January 15, 2019

VICTORIA, B.C. – The Victoria HarbourCats are excited to announce the addition of a new, award-winning name to the roster – Riot Brewing Co.

Partnering with one of Vancouver Island’s most buzzworthy craft breweries will make for a new attitude when HarbourCats games start again at Wilson’s Group Stadium at Royal Athletic Park on June 1, 2019.

The HarbourCats and Riot Brewing (riotbrewing.com), which has quickly made a name for itself from its base in Chemainus, have entered into a multi-year deal to be the primary beer provider for West Coast League games, as the 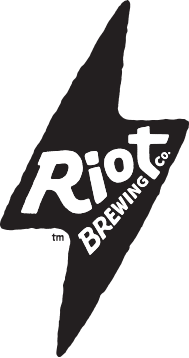 “The approach Riot takes to marketing and creating a memorable atmosphere, while being responsible and respectful of the demographics of our events, will be a great match for us as we build the next stage of HarbourCats baseball,” said Jim Swanson, Managing Partner of the HarbourCats.

“We’re growing — so is Riot. We’re thankful for the interest of so many who wanted to be our beer partner, it shows where we’ve come in six years — and we’re so thankful to Spinnakers for partnering with us for six years. This was an exciting process that showed where our brand now sits on Vancouver Island, and it’s exciting to see a company like Riot earn so much respect so quickly in the South Island region, not just north of the Malahat.”

Riot Brewing Co. will produce a HarbourCats-branded beer and will showcase some of its fast-growing brands during games — including Lipslide Lager, Junk Punch IPA, and Life Partners Pale Ale. “Partnering with the HarbourCats and the excitement they create at their games is a perfect fit for us and we feel fortunate to have earned this opportunity,” said Aly Tomlin, co-owner of Riot Brewing Co. with Ralf Rosenke. “Our marketing team will have a lot of fun with this and we’re already putting some ideas into place that will add value to the games. The HarbourCats are tops in their league in attendance

year-after-year for a reason, something we’re proud to be a part of.”

Riot Brewing Co. was conceived in 2009 when Aly Tomlin and Ralf Rosenke hatched the crazy idea of opening a brewery. That crazy idea turned into an epic journey that took 7 years. Although incorporated in 2013, it wasn’t until the right investor was found in 2015, that the brewery moved closer to becoming a reality, finally opening its doors in November 2016, in Chemainus, BC. Head Brewer Fabian Specht, formerly of Central City Brewers & Distillers and Howe Sound Brewing, joined the team in early 2016 and embraced Riot’s commitment to sessionable, true-to-style beers. Riot Brewing Co. beers can be found on Vancouver Island, the Lower Mainland and throughout BC, for now. Riot beer has won awards at the World Beer Cup, Canadian Brewing Awards, and BC Beer Awards, and the business has been recognized by numerous local community and business organizations for its commitment to the Cowichan Valley.