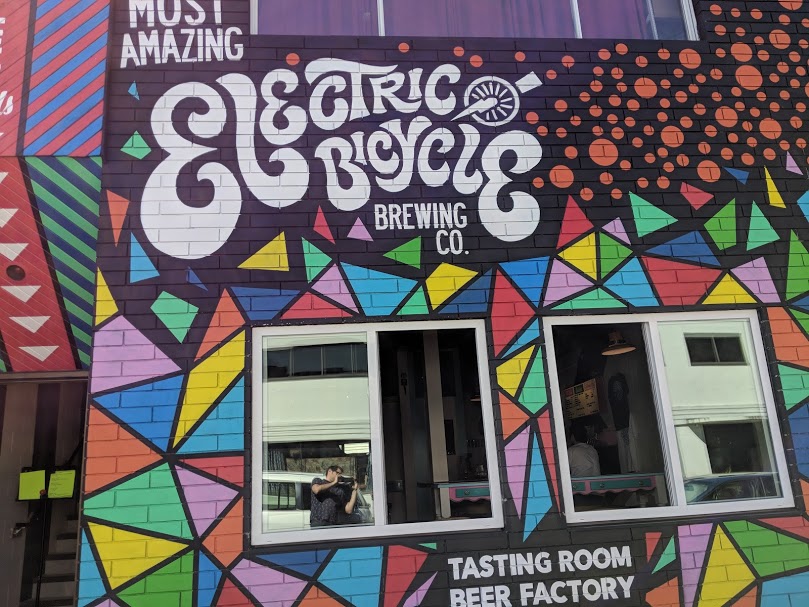 The long anticipated opening of Electric Bicycle brewing has finally happened. The brewery officially opened its doors as of May 4th, and it’s about damn time.

Electric Bicycle is conveniently located on East 4th ave, quite literally a few doors down from R&B Brewing. If you thought the area was already crowded enough and doesn’t have room for another craft brewer, then you’re crazy. Not only is another addition welcome, but Electric Bicycle has managed to switch things up not only with their aesthetics but also with their beer lineup. I was going to add in some photos of the space, but I really think you should experience it first hand.

Whereas R&B is like a friends basement bar, or Brassneck is the wood cabin of your dreams, Electric Bicycle is something out of a psychedelic dream state. Colors and patterns litter the exterior and interior, making it one of the most standout brewery decors in Vancouver (I’d argue Andina takes the cake in the exterior decor department).