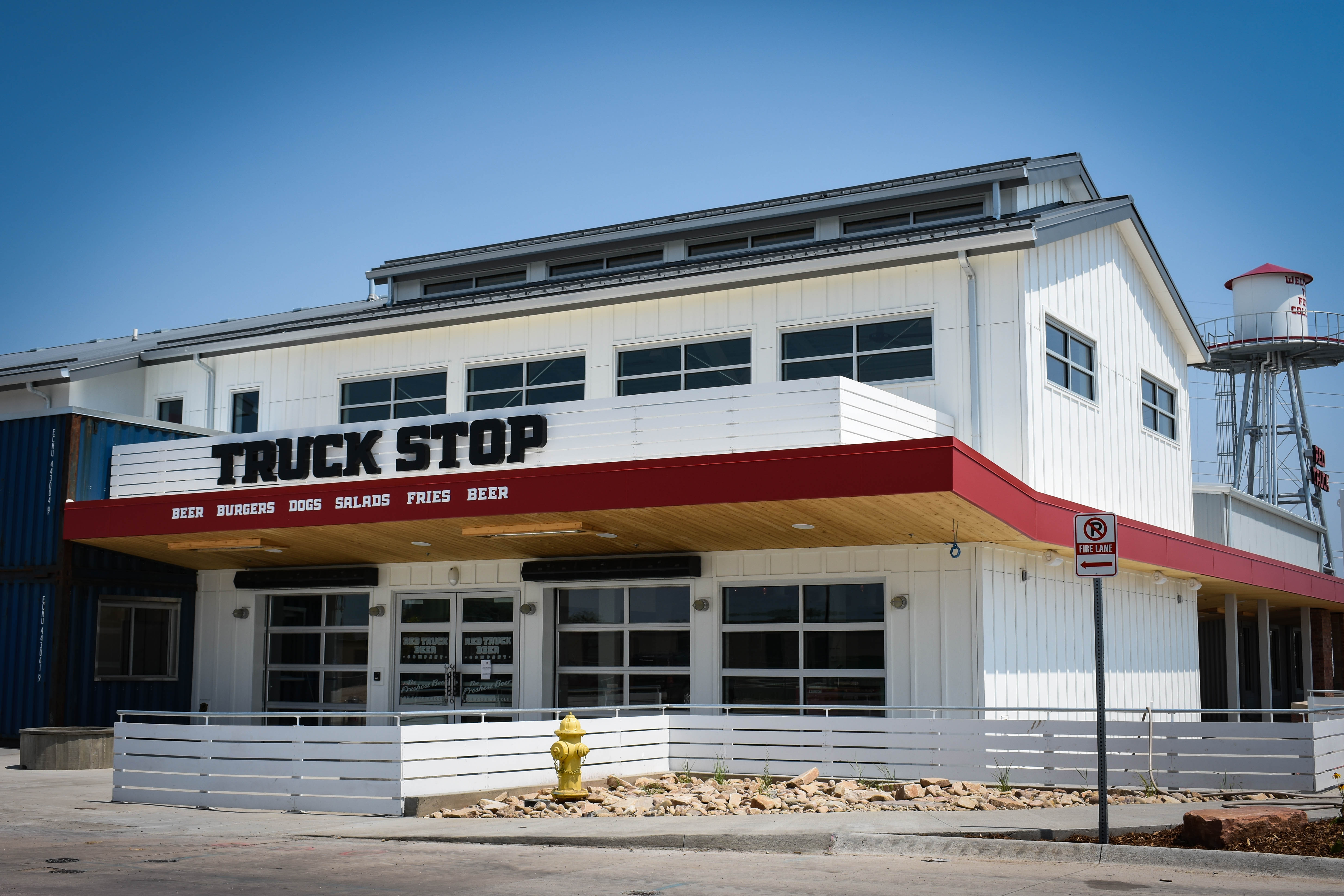 Today, Mark James’ Red Truck Beer Company officially announced the imminent opening of a Colorado location, by virtue of the press release below.

In communications with media, Red Truck stated “When the doors open, Red Truck will be the first Canadian beer company since 2006 to launch and operate a brewery in the US.” [This was in reference to Alberta’s Minhas Brewing & Distilling]

This would also make them likely the first independent BC brewery to open a location in the USA since Spinnakers Brewpub expanded (temporarily) into Seattle in the mid-1980s. Comments welcome from those who remember any others.

Vancouver’s Red Truck Beer has always been inspired by road trips and, over the past year, it embarked on its biggest and most exciting road trip yet: a new brewery and Truck Stop in the craft beer mecca of Fort Collins, Colorado.

After months of renovations and building, brewing and testing, the brewery will open to the public on August 18th, unveiling a list which runs 18 beers deep, showcasing Red Truck’s four flagship beers alongside 14 other rotating, seasonal, and Fort Collins-specific taps. Like the original Truck Stop in Vancouver, Fort Collins will feature full calendar of live music, a collection of vintage red trucks, and culture community events.

Modern craft beer culture was born in America, and Red Truck Beer has always had the goal of sharing its beer, story, and brand with American drinkers. Having started down the path of conventional cross-border distribution, Red Truck changed course and decided to take the unusual step of buying a domestic brewery to brew and sell its beers in the United States, becoming the first Canadian brewery to do so in over a decade.

After visiting several possible cities, Red Truck Beer chose Fort Collins as the location for its brewery. With a population of only 164,000 Fort Collins punches far above its weight in the beer scene, home to roughly two dozen breweries alongside a number of beer bars and tap halls. Just as importantly, Fort Collins just felt right, with a year-round outdoor adventure lifestyle that felt like home.

While the shovels were in the ground in Fort Collins, the Red Truck team in Vancouver was hard at work preparing to launch the brand in a new country. Branding and packaging was refreshed, and new marketing materials were created to introduce Red Truck to a new group of beer lovers and friends. A new website–just launched–was built to reflect the full spectrum of Red Truck culture and operations.

“From our first visit, we could see that Fort Collins was a hub for first class brewing,” said Red Truck Beer Company General Manager Jim Dodds. “We wanted to join this passionate community of brewers and beer lovers and share our love of beers and brewing with them.”