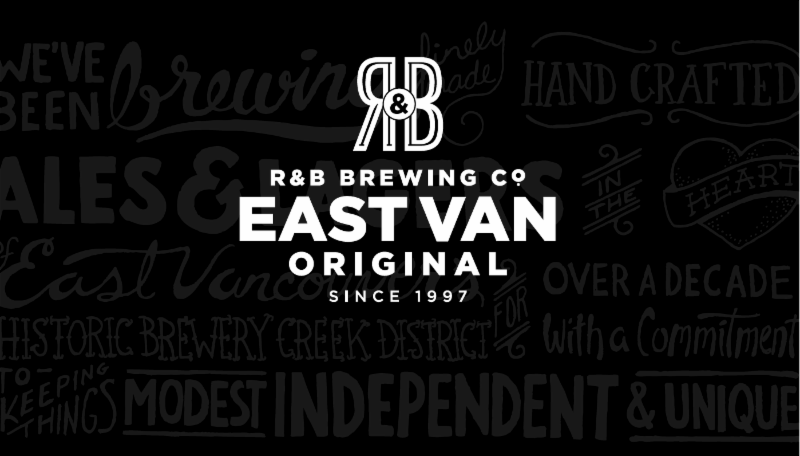 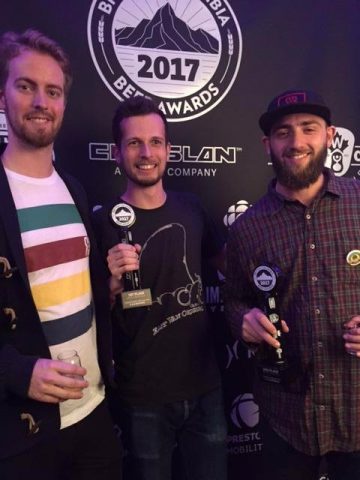 East Vancouver, B.C. – R&B Brewing Co. has been brewing craft beer in it’s original East Van brewery since 1997. They started when craft brewing was not a thing, and craft beer was not the trend in the beer world. They passionately persevered, breaking trail along with a few other craft brewing pioneers to help establish what Vancouver has become today — a mecca for craft beer lovers.

R&B has remained committed to their craft with a creative and committed young brewery team, (Allan Cukier, head brewer far right with Elijah Stone and Gord Jones), and this past weekend they took the Gold in a much coveted and the most competitive IPA category. In a field of 82 entries from the best craft breweries in BC, the R&B Vancouver Special IPA was chosen tops, fitting for an East Van original brewery. 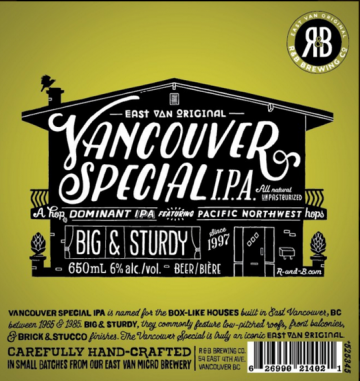 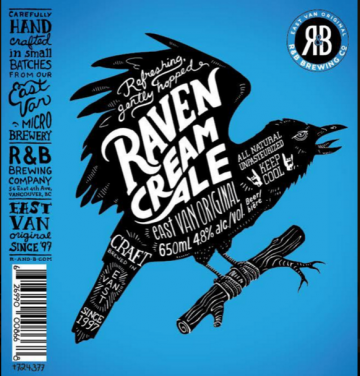 Dark, but surprisingly light-bodied cream ale. Crystal, Golding and Cascade hops are added to a crafted blend of roasted and chocolate barley malts for a truly drinkable beer with subtle, nutty flavours and hints of chocolate.

The Vancouver Special is an iconic architectural style that originated in Vancouver’s east side in the 1970’s, unique to Vancouver as its only indigenous house form.