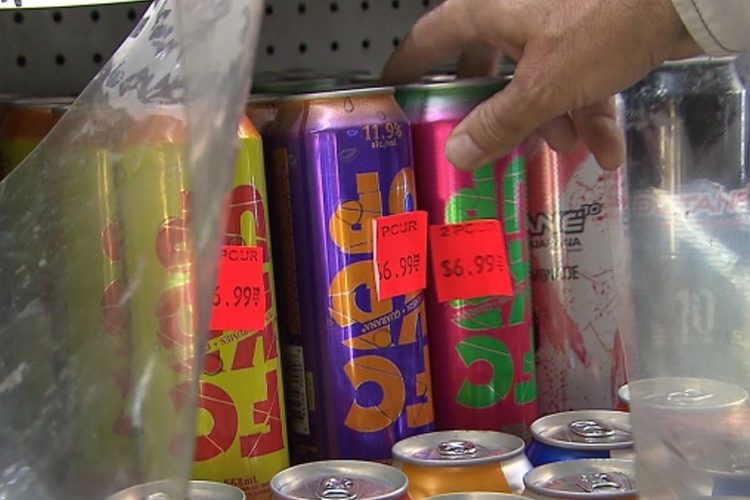 It is currently legal to sell malt-based beverages, even those with high alcohol content, in dépanneurs and grocery stores. (CBC)

Quebec is moving to ban the sale of pre-mixed malt-based beverages containing more than seven per cent alcohol from anywhere other than the provincial liquor stores.

The decision comes two weeks after Athena Gervais, 14, died after she reportedly consumed an 11.9 per cent alcohol malt-liqour drink called FCKD UP on her school lunch break.

While police are still awaiting a toxicology report, the teen’s death has brought such drinks under renewed scrutiny. The company that produces FCKD UP has since halted production, but other similar beverages are still on the market.

On Tuesday, the government announced it intends to bar dépanneurs and grocery stores from selling pre-mixed beer drinks with high alcohol content. Craft beers and conventional beer beverages that have a high alcohol content would be exempt from the prohibition.