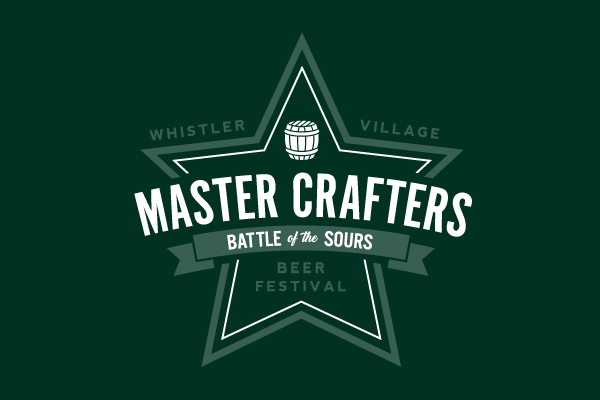 The Whistler Village Beer Festival (WVBF) kicks off on Wednesday, September 13th with peripheral programming leading up to the two-day Main Event on Saturday and Sunday at Whistler Olympic Plaza. As part of the schedule, brewery favourite Master Crafters is back again, this year featuring the Battle of the Sours.

This annual event challenges choice breweries to bring their best brew of a select style to the table. In 2016, the sell-out event featured the Battle of the IPAs and saw Strange Fellows Brewing from East Vancouver take home the title with their Guardian White IPA.

Master Crafters | Battle of the Sours will be hosted at the Westin Resort & Spa, Whistler, on Friday September 15th at 7pm and will feature six sours for sample. Whose sour will reign supreme for 2017? That’s up to the attendees. The format is a blind tasting event, where guests get the chance to sample all six sours. No branding or name recognition of the brews is visible, but guests are encouraged to check out each sour’s description along with tasting notes, alcohol percentage and IBU before casting a vote for their favourite.

Whistler legend DJ Foxy Moron adds to the ambiance of the evening, along with complimentary beer-centric facts and humorous antidotes from the MCs. Passed plates with delicious nibbles that pair perfectly with beer from the chefs at the Grill & Vine Westin add another layer to the event’s swanky atmosphere. As the evening draws to a close, each brew is revealed and the Master Crafters Champion of the Sours is crowned. In addition to bragging rights amongst fellow breweries, the winners receive an overnight stay for two with breakfast at the Westin Resort & Spa, Whistler, dinner for two at Stonesedge Kitchen and a year long draught contract at The FireRock Lounge.

“Master Crafters | Battle of the IPAs in 2016 was the first time we went with the blind tasting format and it was a huge success,” says Tara Myers, Partnerships & Events Manager. “Due to such great feedback from breweries and the public alike, we decided to keep the same format but celebrate a huge trend in beer for 2017; sours. With the addition of a draught contract up for grabs this year, we can’t wait to taste the amazing brews competing!”

Tickets for 2017’s Master Crafters event are on sale now at wvbf.ca for $25 + taxes and fees and include 3 beer samples. Additional beer tokens are available for sale at the event.

ABOUT THE WHISTLER VILLAGE BEER FESTIVAL: