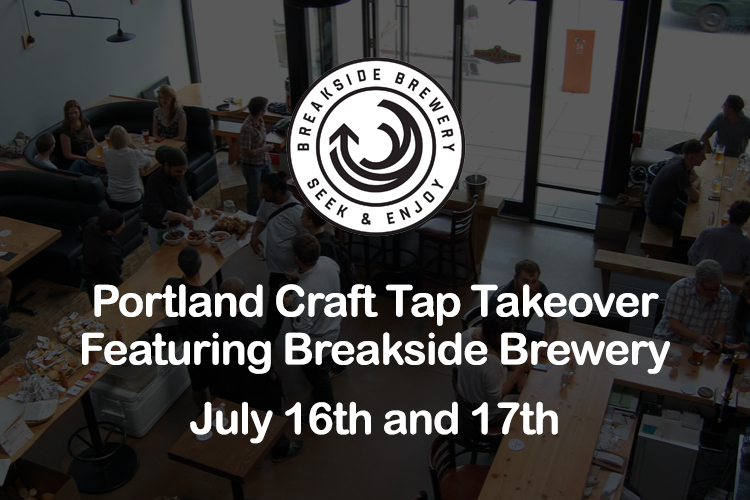 Breakside Brewery has been a long-time favourite in the Northwest Craft beer scene. Receiving awards such as, “Brewery of the Year” from Oregon Beer Awards and “The Best Brewery in Portland” by The Oregonian, you can say they have earned their impressive reputation. Paste Magazine named Breakside in the Top 20 Breweries of the Decade.

If that doesn’t excite you, I have more. Breakside is back in B.C. and it only makes sense that your favourite neighborhood pub is delivering the goods.

Portland Craft will be showcasing several beers to celebrate that Breakside is Back in BC for your tasting pleasure. The event will run on July 16th and 17th from 4 pm-9 pm. As per Portland Craft party standards, we will have prizes such as swag bags, gift baskets and gift cards to give away.

So, don’t take my word for it, come see for yourself what all the hops about! And bring a friend because beer tastes better when you’re enjoying it post isolation with a pal.

We sincerely can’t wait to see you there!

Located at 3835 Main Street, Portland Craft has created locally sourced offerings inspired by the Portland food scene paired with the best craft beers and beverages the Northwest has to offer!

We are dedicated to furthering and supporting the concept of craft in all aspects of our establishment, from the kitchen to tap. We respect the artistry and workmanship that goes into beer, wine, and cocktails, as well as the farming of organic meats & produce from our community.