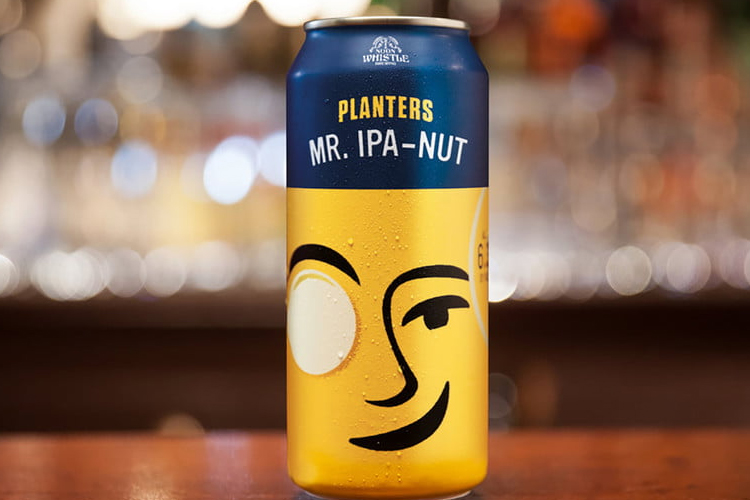 Lately, it seems that every major brand not traditionally in the beer market is making their own beer. Boston’s Harpoon Brewery created a coffee porter with Dunkin’ Donuts. IHOP worked with New York-based Keegan Ales to make a pumpkin pancake beer. Oregon’s 10 Barrel Brewing made a beer in honor of the last Blockbuster Video (not quite the same, but close enough). The newest major company to enter the beer game? Planters.

That’s right, folks, Mr. Peanut (the dashing, monocle-wearing peanut-human hybrid who is now being touted as the best “Wingnut” on the planet) teamed up with Lombard, Illinois’ Noon Whistle Brewing to fire up the brew kettle and release Planters’ first beer. Named Mr. IPA-Nut (because why wouldn’t you call it that?), the India pale ale is an attempt by the brand to prove that peanuts go with every kind of beer out there.