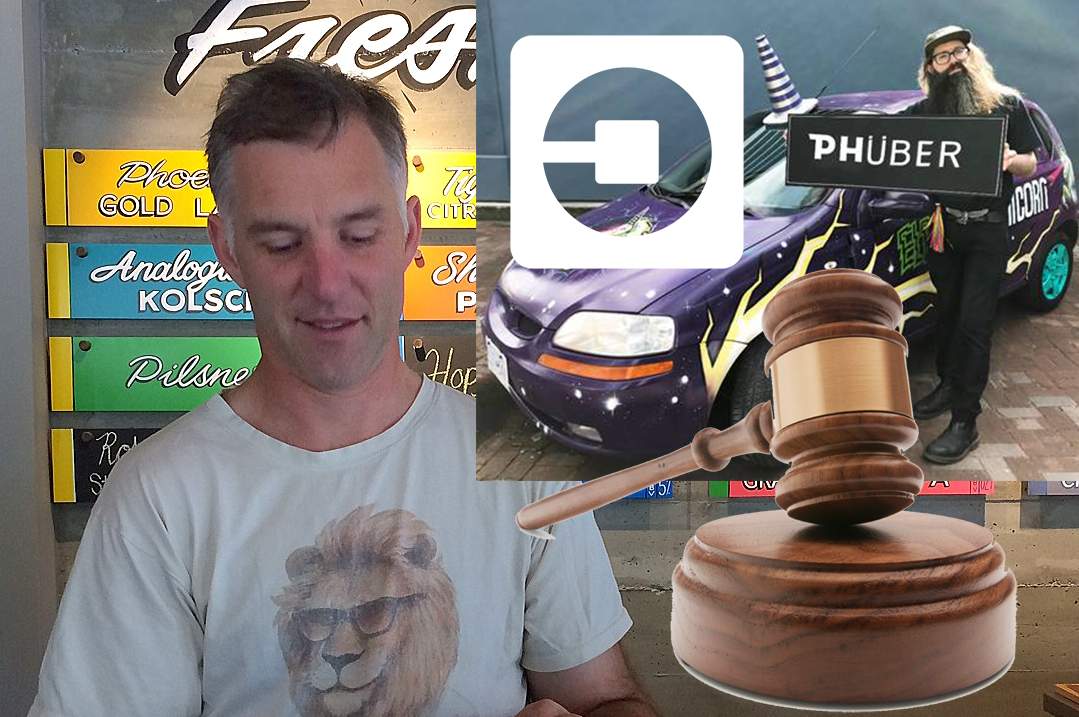 Today, Beer Me BC broke the news that Phillips Brewing & Malting Co. was launching a Vancouver-based ridesharing program, to be known as “Phüber”. Phüber’s driving fleet was to consist of a lone 2006 Pontiac Wave known around the brewery as the “Electric Unicorn.”  Though the Phüber app is still in its development phase, Phüber users were to be able to access the Electric Unicorn via driver Dave Ball’s personal cell phone number. Full details were also made available on the Phillips website.

However, since this news was released, a shocking development has occurred: global ride-sharing giant Uber Inc. has taken issue with the new service and brought a massive lawsuit against Phillips. Uber claims that Phillips’ choice of brand name for their new service is a thinly-veiled infringement of its well-known trademark.

This lawsuit could be potentially devastating to Victoria-based Phillips, who could see their entire ride-sharing service completely shut down after the significant investment poured into it. This would leave Phillips with only its brewing, malting, wholesale, retail and tasting room operations left to survive on for revenue.

“I’ve been in trouble a few times in the past,” commented namesake company president Matt Phillips. “It’s not a big deal. We may have to rebrand and redo some artwork. It won’t be the first time.”

“Our best-selling beer started out on the wrong foot, or should I say wheel,” Phillips elaborated. “So this isn’t the first vehicle-branded product I’ve had to rename. Worked out fine the last time around.”

“Also, maybe putting the Quaker Oats guy on the label of one of my beers wasn’t the best idea. But hey, I like to shake things up. It was pretty funny at the time.”

In light of the legal trouble Phillips now finds itself in, the BC craft beer community has shown solidarity by rallying behind their largest member and launching their own ride-sharing services.

Red Truck Beer of Vancouver, already in posession of a fleet of branded vehicles, has launched “Red Rides”, a new service that will treat passengers to samples along the way. The driver’s name is Old Weird Harold, but he’s said to be pretty reliable for his age.

Central City Brewing & Distilling of Surrey, BC has launched a new service called “Betty’s Bike Brigade.” Soon, red-haired female cyclists with specially-outfitted “bicycles built for two” will be swarming Vancouver and Victoria in search of pedestrians who want to upgrade to a faster mode of travel, but not as fast as an actual automobile.

Driftwood Brewery of Victoria has launched a slower service that’s available on water only, mostly in and around Vancouver Island and the Gulf Islands. Its new “Drift” service will rely on tides and currents to get travellers where they want to go, which is hopefully on land at the end of the ride.