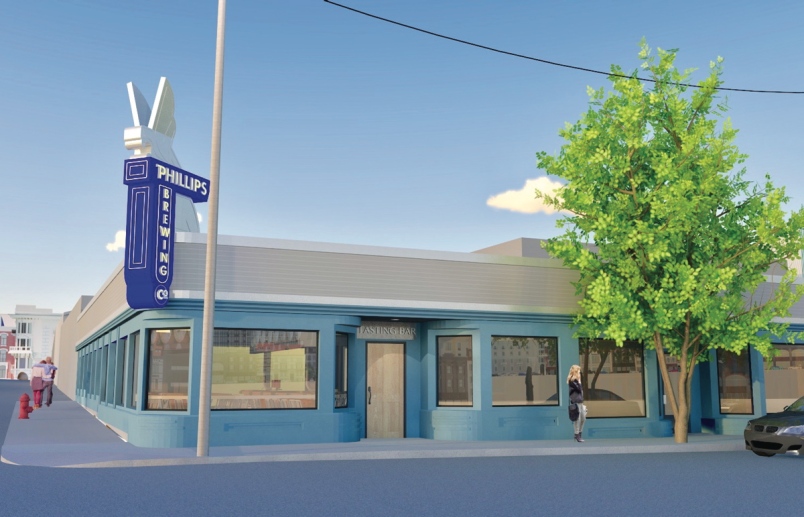 An art-deco style winged phoenix will be watching over Phillips Brewing and Malting Co.’s new tasting bar and retail outlet when it opens on Government Street this spring.

Victoria councillors this week approved a rezoning application and a development permit for the expansion of Phillips’ business at 540 Discovery St., and 2000 and 2010 Government St. The company plans to use 513 Pembroke St. for employee parking. The company’s brewing facility is located nearby.

The new sign above Phillips Tasting Room takes its style from the art-deco style building that will house the tasting room and retail centre, said Phillips Brewing founder Matt Phillips. A date has not been set for opening.

“The winged creature is an art deco interpretation of our logo, which was originally a phoenix, after one of our early brands, which was named for a historical beer brewed in B.C.