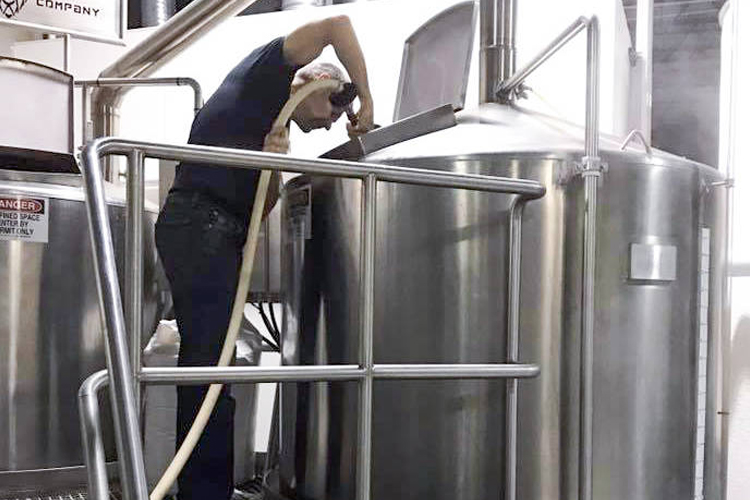 Rather than working with his 20-lite sized home brewing equipment, Warren Everton got to make a 1,500-litre batch of his Breakfast Stout recipe, courtesy of Bad Tattoo Brewery last week. (Submitted photo)

Home brewer Warren Everton got a chance at the big time last week when Bad Tattoo turned over their equipment to him so he could brew up a big batch of his award-winning Breakfast Stout.

In this case, that’s 1,500 litres instead of his usual 20 litres. Everton, and his stout, took first prize at the second annual CAMRA South Okanagan Home Brewing Competition last September.

“That was a great day working with those guys, they’re very open-minded and very inviting,” said Everton. “Essentially showed me the ropes and let me do all the work. It was a good seven-hour day.”

Some of the work was “pretty laborious” as he also had to clean the equipment as the process finished, like shovelling out 900 hundred pounds of grains from the mash.