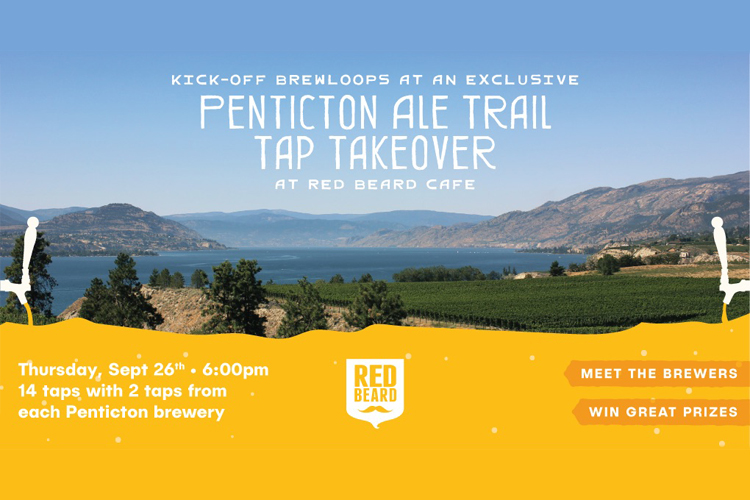 Penticton’s 7 craft breweries are heading to Kamloops to take over the taps at Red Beard Cafe on Thursday, September 26th. This tap takeover will be a great kick-off to the annual BrewLoops Beer Festival.

Each brewery will be taking over 2 taps, for a total of 14 taps from Penticton. Expedia.ca named Penticton as Canada’s Second Best Beer Town, so this is a perfect opportunity to enjoy a taste of Penticton.

Come anytime after 6:00pm and enjoy a pint or two of Penticton’s finest. There is no charge to attend, just pay for whatever you order.

Meet the teams from all 7 breweries and get a chance to win beer swag and the grand prize of a fabulous Penticton getaway! Check in on the BC Ale Trail app and collect 25 bonus points. 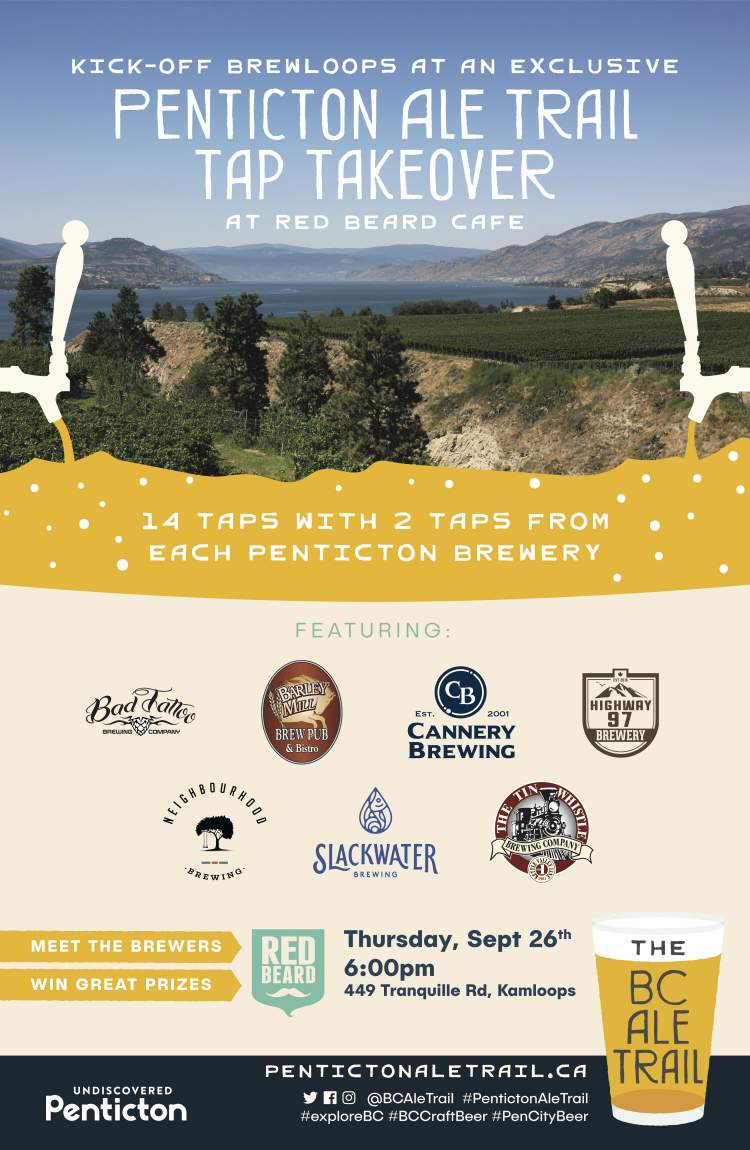