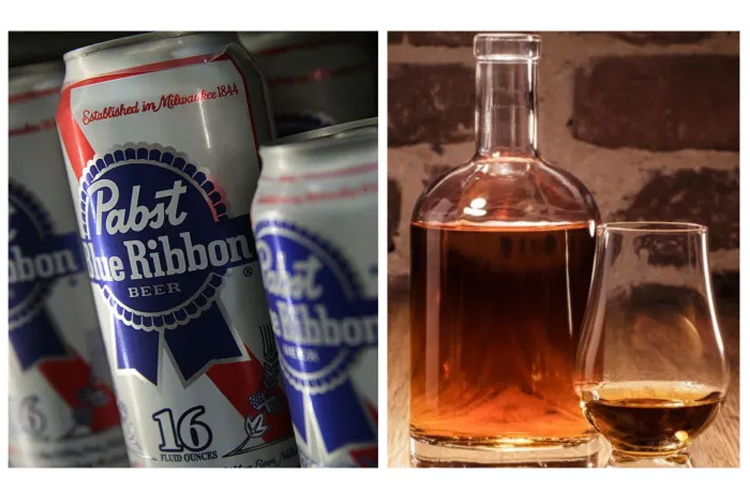 The internet couldn’t handle the news.

In case you haven’t heard yet: Yes, PBR didn’t just avoid extinction after making a new deal with distributor Miller-Coors—it’s even launching its own whiskey.

Sit with that a moment and consider that the hard stuff has been having a moment. We wouldn’t say it has replaced craft beer or fine wine obsessions, but whiskey is a thing now. It invites a certain level of hipsterish devotion, and, well, a Pabst Blue Ribbon connection was just inevitable, if you think about it.

The takeaway is PBR is making moonshine, because that’s what white whiskey is—”raw” stuff that hasn’t been barrel-aged.

Since PBR has had that hipster vibe for a while now, as well-loved by Brooklyn beardos as it once was by cutoff jeans-wearing backyard barbecue dads, news of a branded whiskey definitely received some social media discussion. Reactions were…mixed.