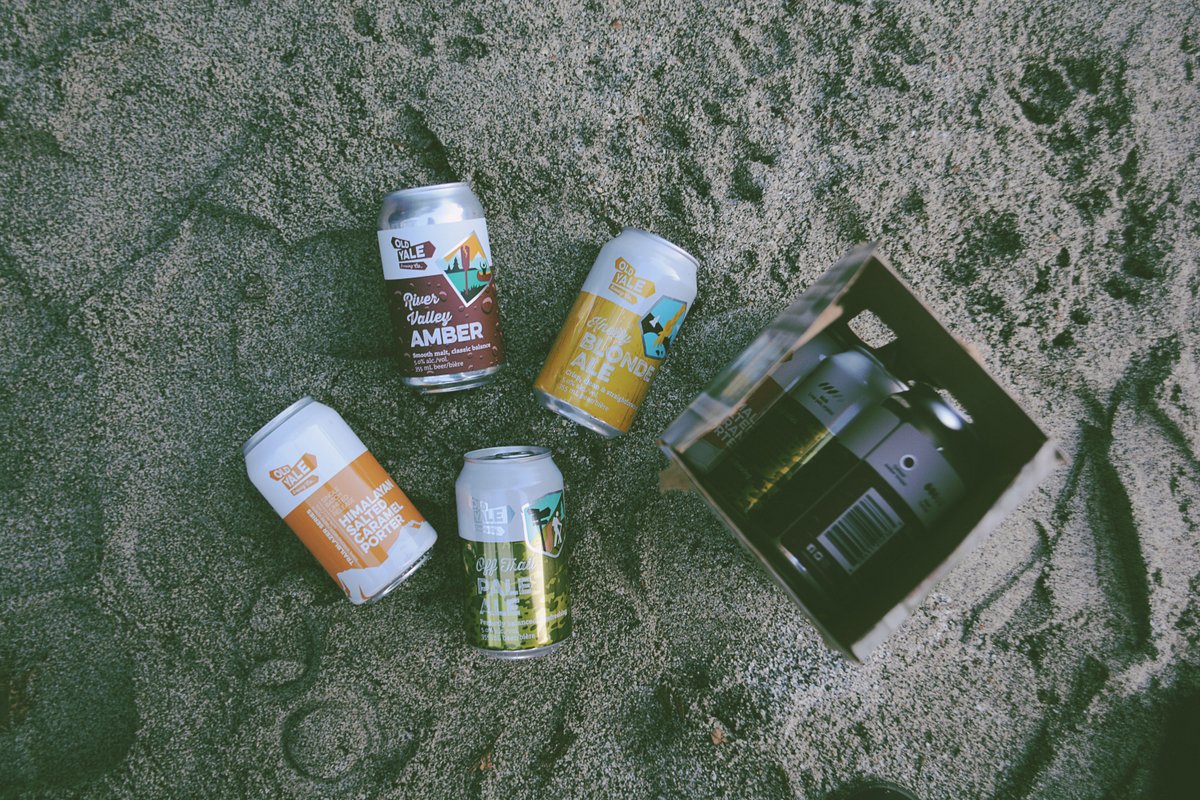 (Chilliwack, BC) – Old Yale Brewing, a craft brewery based in Chilliwack, BC, can be considered one of the pioneer companies in the Canadian Craft  Beer Industry. With over 19+ years of craft  brewing  success  (including  Canadian Brewing “Beer of the Year” win for Sasquatch Stout in 2014), Old Yale Brewing continues to innovate and create new products that meet the growing consumer demand for great tasting craft beer.

“After launching our 8-pack Craft Camper last spring, we quickly saw the demand for a Winter version with some classic Winter brews. Choosing the Himalayan Salted Caramel Porter as the rotating Trailblazer was a no-brainer. It had been one of our best-selling seasonals to-date and was a perfect Winter warmer for this pack.” – stated Zach VanLeeuwan, General Manager, Old Yale Brewing.

Our Porter is brewed with a variety of specialty malts, which lend smoothness and depth to its body. Additions of Himalayan salt, lactose and vanilla, add a sweet caramel finish leading to lingering saltiness on the palate – rich, dark & delicious!

“I was super excited to be able to put together a Winter focused 8-pack, designed for every palette. Our easy going Knotty Blonde Ale and hop heavy Off Trail Pale Ale provide the anchor of our Old Yale favourites, combined with new River Valley Amber and our seasonal Himalayan Salted Caramel Porter, this pack provides the whole flavor spectrum!” – said Brewmaster, Nick Fengler.

The Craft Camper will be sold in the Old Yale tasting room and Private Liquor Stores. And their new Himalayan Salted Caramel Porter can also be found in 473ml 4-packs and on tap in the tasting room and in local restaurants and bars. Visit the Brewery’s Store Locator tool to find a licensed establishment or a retail store near you at www.oldyalebrewing.com. Or, stop by the brewery for a taste!