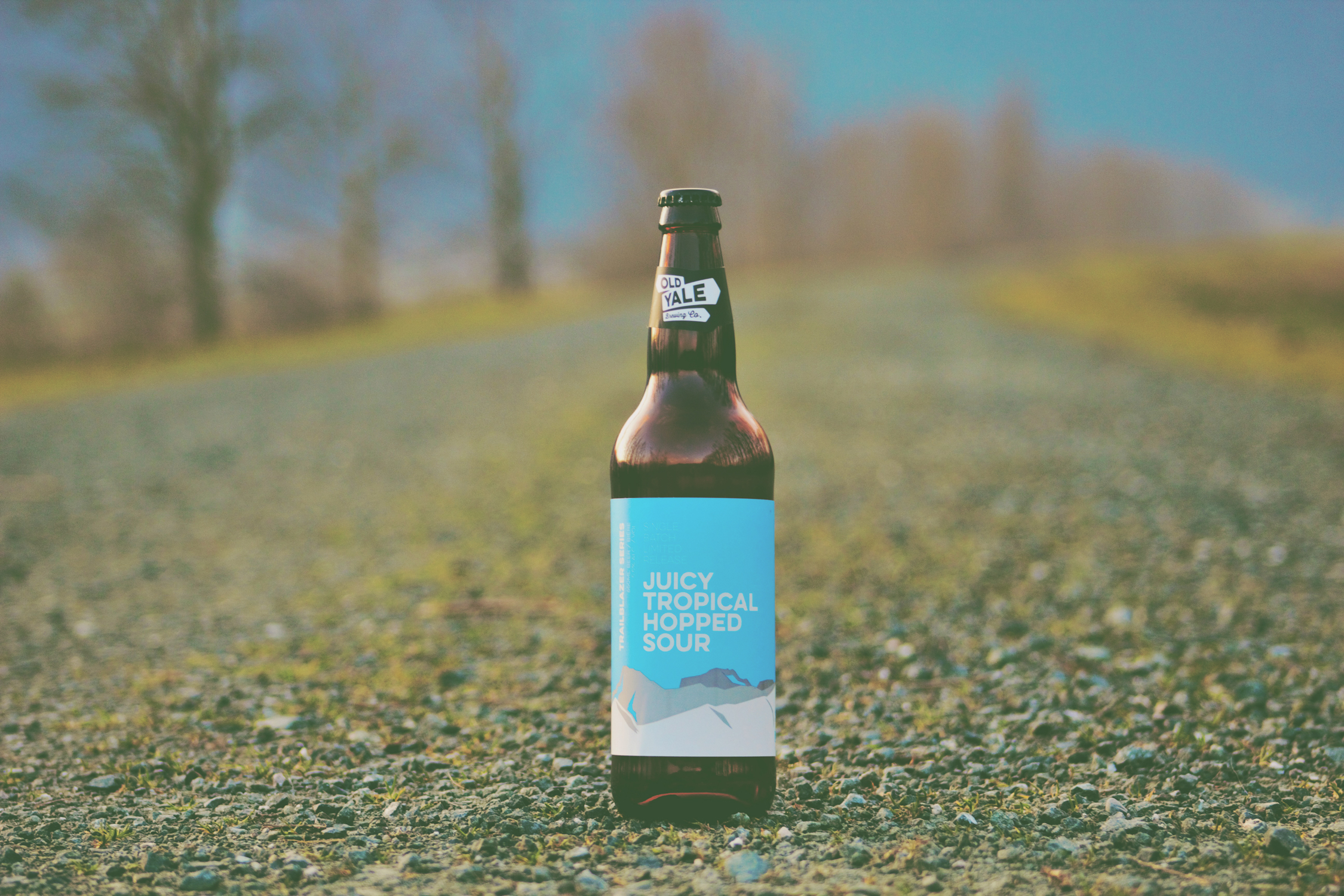 The Juicy Tropical Hopped Sour is the newest sour style to hit their single batch limited release Trailblazer Series. Last Spring, Old Yale Brewing had success with their Fresh Hop Sour Weiss and this past fall, the brewery played around with darker sours when they released their Kettle Plum Sour Porter. With Spring on the horizon, the Juicy Tropical Hopped Sour was the perfect fit for this Series, offering bold new flavours and ingredients combined to craft truly one-of-a-kind beers.

“We wanted to make a beer that represented the feeling we get when the sun starts to shine a little more and it gets a bit warmer in March. So, we used a combination of hops that creates a huge bursting fruit-bowl flavor and aroma balanced out by a slightly sour pucker in the finish. It’s an exciting time of year, and this is a very exciting beer!” – said Zach VanLeeuwen, General Manager, Old Yale Brewing

The Juicy Tropical Hopped Sour is refreshing and tart. Wheat softens the mouthfeel, and lactobacillus, pitched straight into the kettle gives the Sour a refreshing tang. A huge addition of Mosaic hops burst out of the brew making it a delicious sour fruit bomb that you won’t want to miss out on.

Juicy Tropical Hopped Sour is available in 650ml bottles and kegs, and will be sold in retail stores and at Old Yale Brewing.