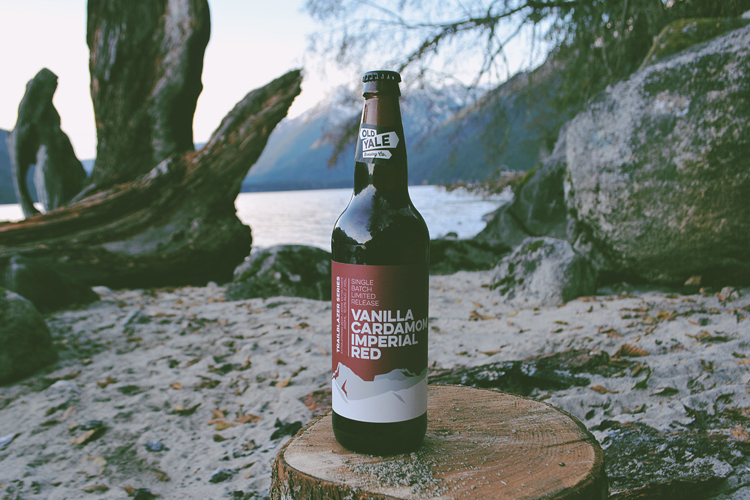 The Vanilla Cardamom Imperial Red is the newest Imperial brew to hit their single batched, limited release Trailblazer Series, featuring bold new flavours and ingredients, combined to craft truly one-of-a kind beers. Just in time for the holiday season, this high ABV beer is the perfect brew to drink around a cozy fire.

“Once the darker days of November kick in, we immediately start thinking about bigger, bolder beers. Our Vanilla Cardamom Imperial Red fits that description and more. This type of beer lends itself to a 650ml bottle perfectly, so it was an easy choice for us to take a break from our canner and release it in that classic bomber format.” – said Zach VanLeeuwen, General Manager, Old Yale Brewing.

Robust and bold, the Vanilla Cardamom Imperial Red has a soft, velvety texture that is elevated by a burst of citrus and a hint of spice. This brilliant bouquet of flavours is balanced out with a rich malt base and a touch of vanilla.

“A delicious blend of Vanilla and spice, paired with the warming effect of a 10.0% ABV, our Vanilla Cardamom Imperial Red is something special. Brewed with the finest malts and Mandarina Bavaria hops, the beer was conditioned on American Oak, creating a multitude of layers and complexities begging to be explored over the holiday season.” – stated Nick Fengler, Brewmaster, Old Yale Brewing.

Vanilla Cardamom Imperial Red is available in 650ml bottles and kegs, and will be sold in retail stores and at Old Yale Brewing.