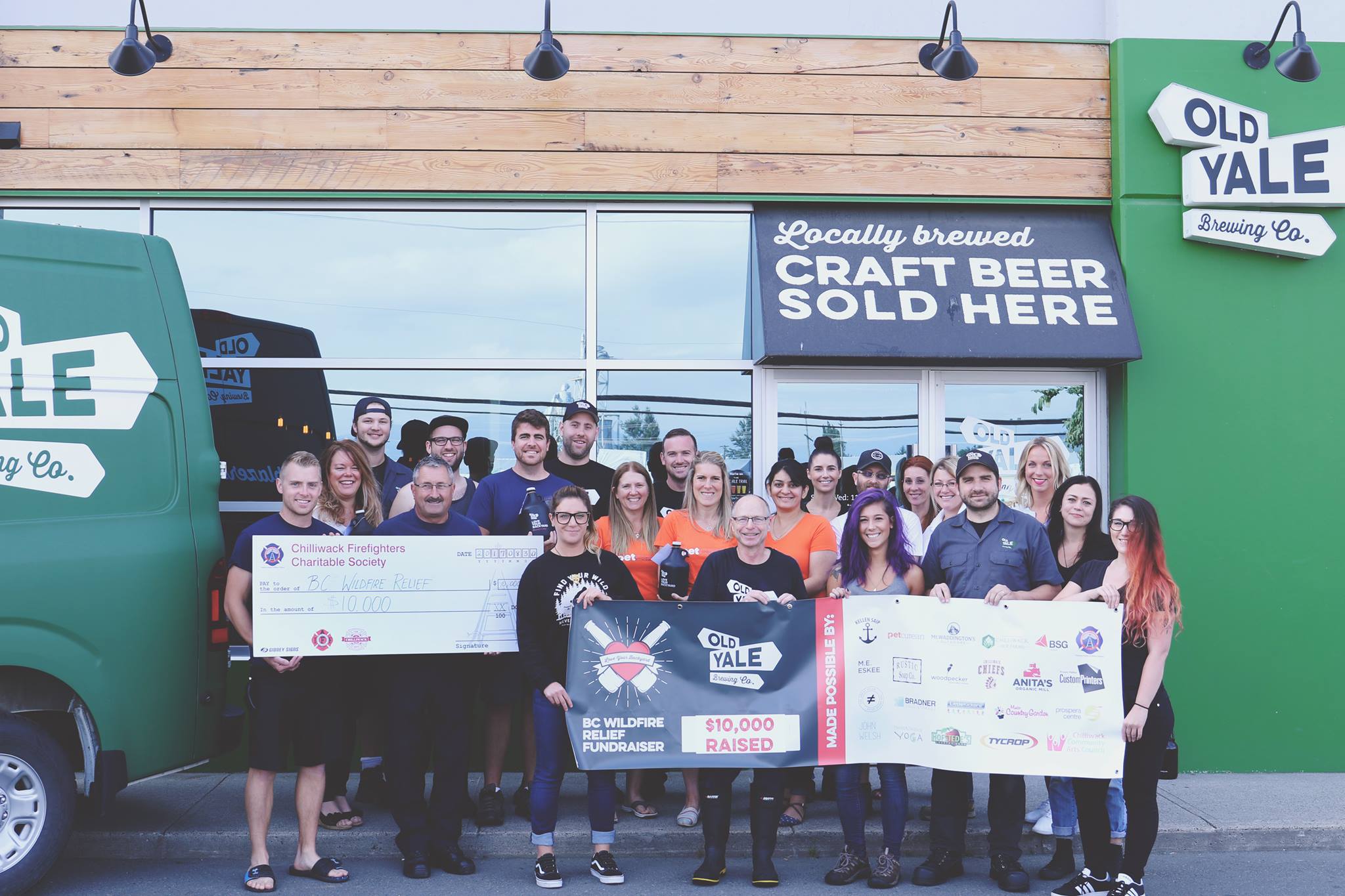 Sept. 1, 2017 (Chilliwack, BC) – Old Yale Brewing, a craft brewery based in Chilliwack BC, spent a good part of the summer focusing their efforts on raising funding for those affected by the BC wildfires; and as they announced on their social media pages, their efforts paid off.

Between donating a portion of their BC Backyard Lager sales (a craft Lager made from 100% BC ingredients) and a massive community event at their tasting room, the Old Yale team managed to raise $10,000 for BC wildfire relief. They confirmed that they plan to donate $5,000 to The Salvation Army, and $5,000 to The Canadian Red Cross.

$1 Donation from BC Backyard Lager 6-packs

Between July 20 – August 20, Old Yale committed to donating $1 from their BC Backyard Lager 6-packs back to those affected by the tragic BC wildfires.

On August 26, Old Yale rallied community businesses to join together to raise money at their Wildfire Relief Fundraiser.

Charitable Barbecue
The Chilliwack Firefighters Charitable Society came down and grilled up some BBQ eats (including mass amounts of delicious corn cobs donated by Joiner’s Corn) for event attendees, and donated 100% of the profits to BC wildfire relief.

matched Old Yale Brewing’s $1/pour donation at the event – which meant with this collective donation, $5 from every beer poured was donated to BC wildfire relief.

Raffle Sponsors
The below companies donated raffle prizes that allowed Old Yale to sell raffle tickets and donate 100% of the ticket profits to BC wildfire relief:

Growlers
Old Yale had custom growlers made that paid tribute to the organizations supporting relief efforts and donated 100% of the profits to BC wildfire relief.
Minter Gardening, Woodpecker and Fraser Valley Custom Printers each donated and discounted their services for the special event.

The above efforts paired with an outdoor beer garden, and live music from Kellen Saip Music, The Great Atlas, John Welsh Band and M.E Eskee was the perfect way to spend a Saturday for over 500 event attendees.