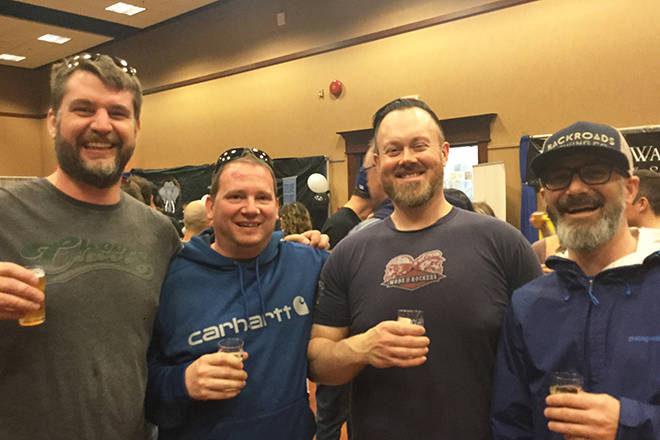 Left to right: Friends Steve Abbey, Tyler Lamb, Andy Hamilton, who was at his eight Okanagan Fest of Ale and Jeff Henderson enjoying the event at the Penticton Trade and Convention Centre. Brennan Phillips/Western News

Craft beer and cider enthusiasts from B.C. and beyond gathered in Penticton to celebrate this past weekend at the 23rd annual Okanagan Fest of Ale, which organizers are calling the best event to date.

Some 66 craft brewers were on hand this weekend to showcase more than 200 craft beers and ciders to over 5,000 guests. The sold-out event also included plenty of food with a notable increase in food and beer pairings.