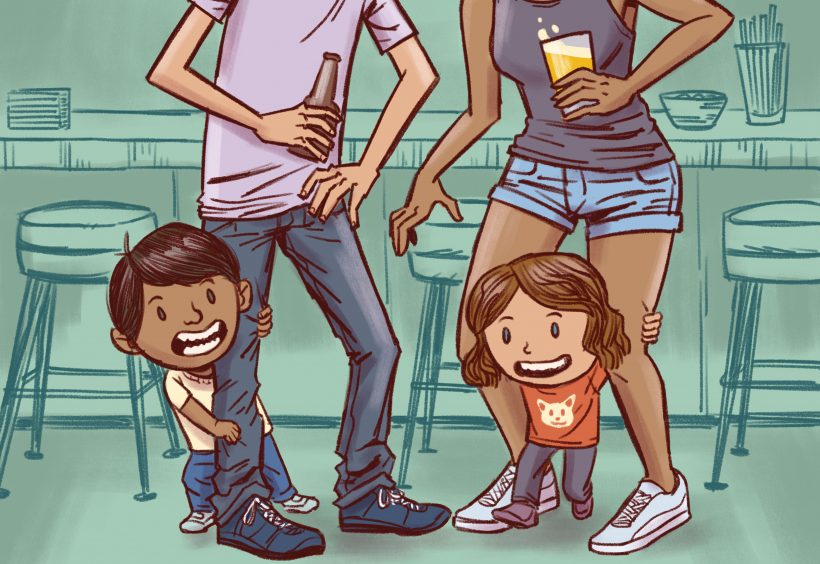 When Chris Lohring and his wife Mary Ellen Leahy opened the Notch Brewing Company taproom in Salem, Mass., the hospitality novices prepared for the unexpected. A long-time brewing industry veteran, Lohring knew he wanted to focus on session beers, specializing in lagers. Leahy and Lohring also knew how they wanted the place to look and feel. They poured themselves into capturing that spirit in the exposed brick room, filling it and an adjacent outdoor beer garden with communal wood tables. When Notch opened its doors, it experienced the usual glitches. The point-of-sale system kept crashing, the toilet backed up, the dishwasher wasn’t fast enough. But the owners couldn’t predict the biggest predicament: kids.

Whether or not children belong in breweries is one of the most divisive issues facing America’s craft brewers, presenting an unexpectedly thorny concern for new taprooms. Brewery owners spend their time securing equipment, passing inspections, and dialing in recipes. But when the doors finally open, they quickly learn that not all of their customers want the same thing. Some expect a quiet place in which to ponder their pints, others anticipate a convivial atmosphere where they can down beers with friends, while still others desire a place for spending time with their families, including their kids. Cue the fight song.