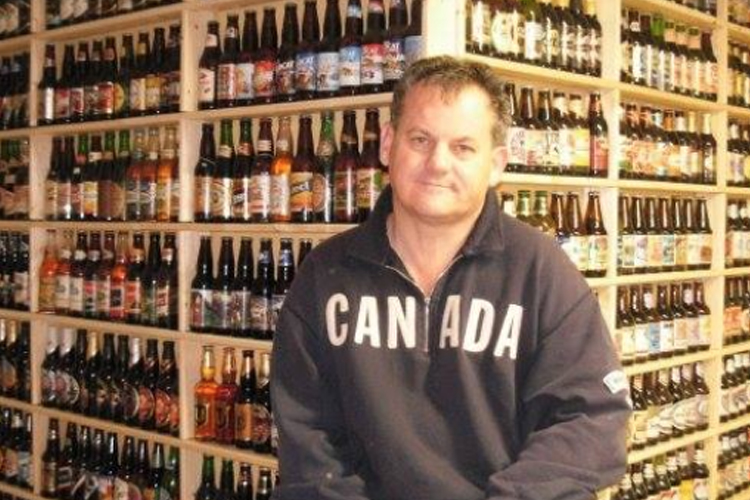 All 4,300 bottles in Tony Matheson’s basement in North Bay are full of beer. He also has another 3,000 extras or duplicates that are not on display. (Canadian Beer Collectibles Facebook). Photo credit: www.cbc.ca

Tony Matheson has 4,300 unopened bottles of beer in his basement

Tony Matheson of North Bay has been collecting Canadian beer bottles since he was 18.

He now has more than 4,300 bottles in his basement and they are all still full of beer.

The collection is so significant Matheson hopes, eventually, to use it as the basis for a new beer museum in the city.

When he is not collecting, Matheson is a mission crew commander at the Royal Canadian Air Force. He is only a few years away from retirement and says that’s when he wants to focus more on the museum.