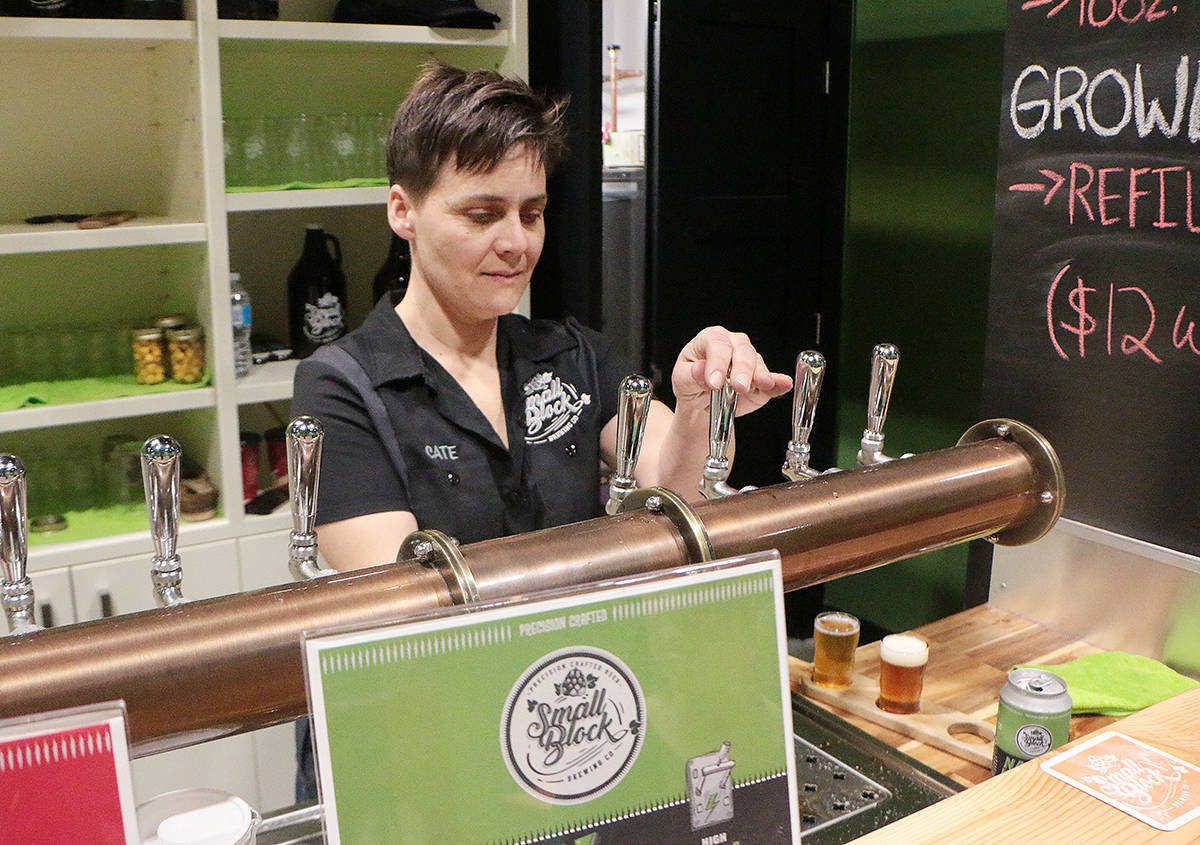 Beer doesn’t have to be green to be a draw on St. Patrick’s Day.

Small Block Brewing, the Cowichan Valley’s newest addition to the craft beer scene, opened its doors for the first time on Saturday and didn’t have any trouble attracting a thirsty crowd, even though the beer was served with its natural colour.

The brewery has its roots in owners Cate and Aaron Scally’s home-brewing hobby, which started after Aaron broke his arm and needed something to do around the house. Their beer proved popular with friends, and they gradually considered doing more than just giving it away.