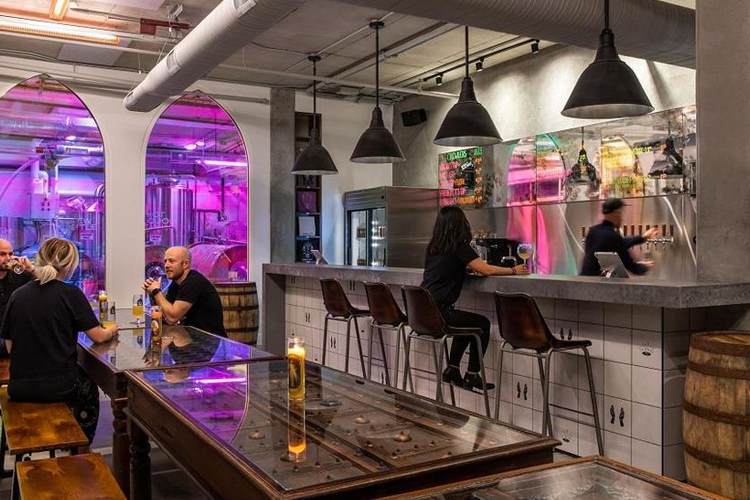 I’m at a waterfront bar decorated in psychedelic colours, which the founder compares to “an ancient church on acid.” A nearby logo features an eye reminiscent of the ancient Egyptian god Horus or Tolkien’s arch-villain Sauron. Meanwhile, I’m guzzling experimental, small-batch craft beers named after Roman goddesses like Juno and Diana. Where on earth have I ended up?

So in theory, you can arrive in Vancouver by air, rail, or bus, hop on a nearby SkyTrain to downtown’s Waterfront Station, and then take a 12-minute SeaBus ride across Burrard Inlet to begin your North Van beer adventure immediately.