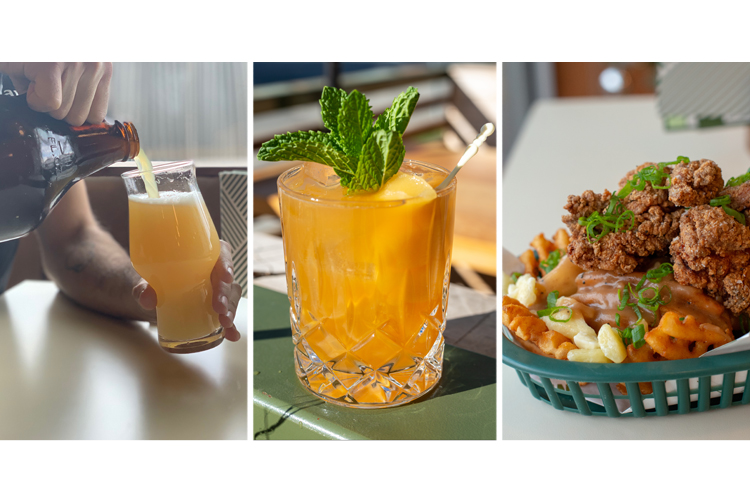 VANCOUVER, BC (March 21, 2019) — Bells and Whistles is marking the arrival of spring by dropping a new menu of snacks, sandwiches and soft-serve sundaes as well as a refreshed core list of local craft beer on tap now available for lunch, dinner and weekend brunch at the Fraserhood hotspot.

ABOUT BELLS AND WHISTLES | Located in the heart of Vancouver’s burgeoning Fraserhood/Cedar Cottage district, Bells and Whistles is a casual dining and beer hall concept that offers up 3,000 square feet of space with seating for 150, an interactive games room, wrap-around heated patio and big screens showing the best local and international big-league sports action in the city. The latest project from the team behind Gooseneck Hospitality, which has also opened such award-winning Vancouver restaurants as Wildebeest, Bufala and Lucky Taco, Bells and Whistles brings together the best of the local brewery scene as well as import beers, craft ciders, cocktails and wine exclusively on tap. Bells and Whistles’ food menu features a range of homespun, locally and ethically sourced dishes such as gourmet burgers and sandwiches, salads and ballpark-friendly fare like chili, nachos and garlic fries as well as a selection of real-milk soft-serve sundaes and floats.