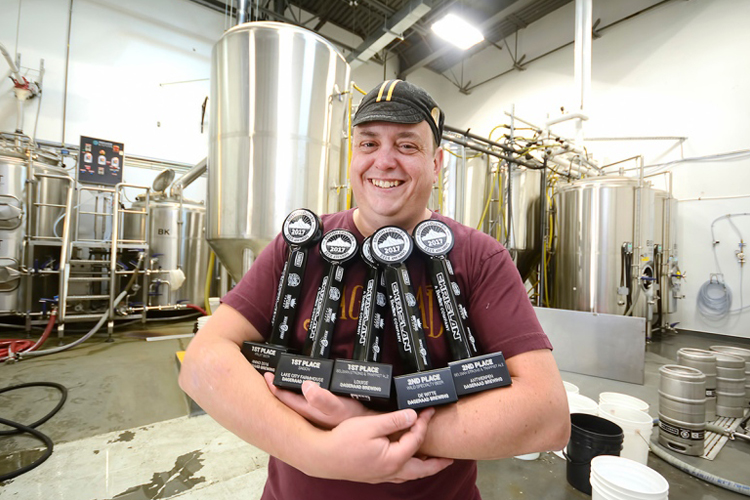 Dageraad Brewing owner Ben Coli with the spoils of the 2017 B.C. Beer Awards. The Burnaby brewery is in the running for another prize – this time for its Blonde beer. Dageraad Brewing is one of five breweries competing at next month’s Gold Medal Pints. Photograph By CHUNG CHOW.

Could Dageraad Brewing’s Blonde be the best beer in Canada?

We’ll find out next month when the Burnaby brewed beer faces off against four other beers from across the country at the 2018 Gold Medal Pints – part of the annual Gold Medal Plates competition.

“We are very excited about this flavourful addition to Gold Medal Plates and look forward to evolving it into a true, Canada-wide beer competition in the coming years,” said Canadian Culinary Championships’ national beer advisor Stephen Beaumont.

The finalists will face off at the Canadian Culinary Championships on Feb. 2 in Kelowna.