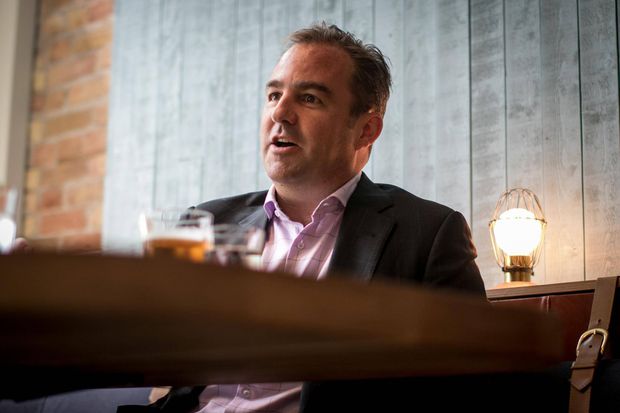 Geoff Molson settles in at a table in the high-ceilinged, craft-beer restaurant that holds a key to the future of his eponymous global beer company.

It’s no coincidence that the vice-chairman of giant Molson Coors Brewing Co. wants to meet at this brewpub. Called Batch, it feels like an indie restaurant but was launched by Molson in downtown Toronto last year to trumpet the brewer’s own Creemore Springs craft beers and new microbrews being produced on site.

Sporting a pale pink shirt, open at the collar, under a charcoal suit, Mr. Molson runs through the roles he’s played in his family’s company over the years. “I’ve done it all,” he says. “I’ve managed shelf space in a store; I worked in bars; I’ve called on customers; I’ve done marketing; and I’ve managed a whole distributing network in the U.S.”

Now, he’s overseeing a company that’s quietly mapping out a blueprint to roll out more of these types of craft-brewery-eateries in cities around the world.

In a flat or declining North American beer market, Molson is betting more than ever on craft beers – one of the industry’s fastest-growing categories – to help lift the brewer’s lacklustre sales in Canada and other major markets.

“This is high-growth in a no-growth environment,” Mr. Molson says, pointing to the refrigerated display case of bottled craft brews at the restaurant’s entrance and then to the glass of Creemore Lot 9 Pilsner on the table in front of him. “It’s very important.”

Molson has been struggling to make gains in a beer industry that it dominates with a handful of other global powerhouses. As young consumers shift to micro brands, Molson has been forced to shore up its craft-beer business.

The company, based in Denver and Montreal, acquired craft-beer maker Creemore in 2005, which was the same year Molson and U.S.-based Coors teamed up in what Mr. Molson repeatedly calls a “merger of equals.” Since then, the company also scooped up B.C.-based craft-beer specialist Granville Island, partnered with Brasseur de Montréal and has been looking to bring in other microbrewers.